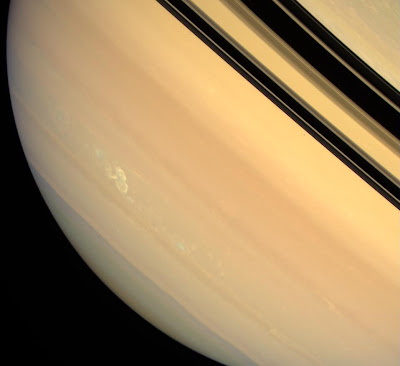 Image source with more information
Credit: NASA/JPL/Space Science Institute
Nifty article at the Cassini homepage about Saturn's five month storm (the bright smudge in this image). It's nowhere near the scale (or duration) of Jupiter's Red Spot, but it's still thousands of miles across, and somewhat likely to turn your umbrella inside-out.
Posted by Pacian at 8:17 pm 4 comments: 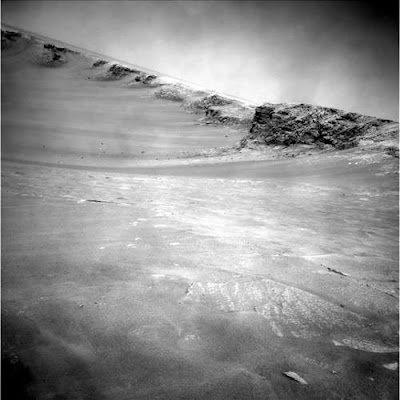 Image source
Credit: NASA/JPL
Opportunity's ageing shoulder is starting to experience arthritis; and it's now only 26 days until Phoenix touches down.
Posted by Pacian at 7:46 pm No comments:

No sooner have I blogged the teaser trailer for Mamoru Oshii's upcoming Sky Crawlers, Twitch report that the full length trailer seems to have escaped onto youTube.
Posted by Pacian at 7:24 pm No comments: 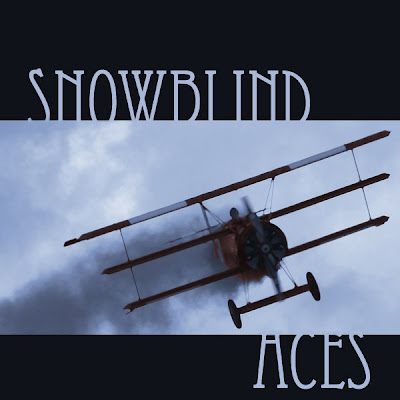 Some unexpected awesome courtesy of Emily Short's IF Cover Art Drive: a lovely cover image for Snowblind Aces, which now also adorns the game's page on this rocketship.

I finally got around to seeing George Clooney's Leatherheads on Friday. I know that a lot of people seemed disappointed by it, and sure, it's no masterpiece, it doesn't push the envelope at all, and it's not as witty as the screwball comedies it emulates - but it's still a very entertaining, very well directed film - and that's all I was looking for.
Posted by Pacian at 10:55 am 3 comments:

Prepare to get Excited

Normally it's a bad thing to hear that a director is attempting to make a 'more popular' film, but given how much Mamoru Oshii has been in danger of disappearing up his own backside with his more recent films, it's pretty cool to see that his next project seems to be mostly about blue skies and fighter planes...
Posted by Pacian at 6:29 pm 2 comments: 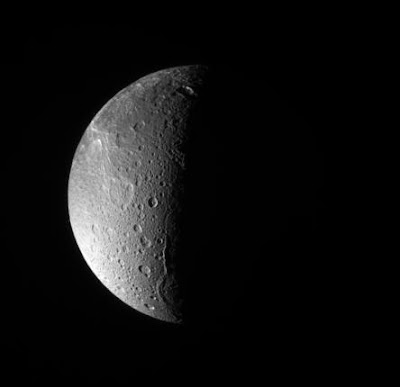 Image source with more information
Credit: NASA/JPL/Space Science Institute
Dione - seen here looking especially solid and mysterious - is easily the prettiest of Saturn's grey moons. But it's still difficult to think of a good way to tie it in to St George's Day.
Posted by Pacian at 8:17 pm 2 comments:

I have been gallivanting around London again, speaking to lots of different people. I am quite introverted at the best of times, so it was all rather draining. If you want me, I will be in a room by myself with the curtains pulled over, telling you to leave me alone.

Of all the more recently conceived art forms, I think writing on the side of dirty white vans has to be among the most promising.

My personal favourite so far has to be the prison van with, 'No prisoners kept in this vehicle overnight' scrawled in the filth on its rear doors.
Posted by Pacian at 12:39 pm 3 comments: 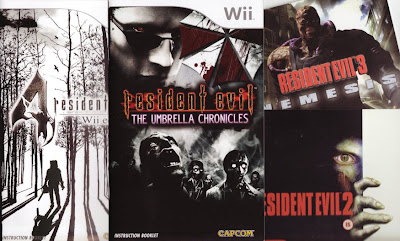 There's a great - and I'm sure some will consider quite provocative - interview with Lord Martin Rees over at the Beeb. I enjoyed Rees' books Our Cosmic Habitat and Just Six Numbers immensely, and I think he's right on the money when he argues that Europe would be better served focusing on unmanned space exploration rather than chasing after costly and - as yet - unproductive manned missions.

That said, my own wishlist for the European Space Agency would focus more on making them like their NASA counterparts. Visiting the website of a NASA mission - Cassini in particular, but others too - you really get the impression that they're trying to be as open and accessible as they can towards the people who funded them (ie. American tax payers), and by happy extension the rest of us too. ESA, on the other hand, is a more distant organisation, and I always double check their image use policy before posting anything they've come up with - even though it was my money that paid for it.

Or perhaps the ESA robots are just less inclined to be generous towards their squishy progenitors.
Posted by Pacian at 7:19 pm No comments:

I doubt you'll be surprised to learn that Cassini's mission - which technically ended in July - has been extended by two years. It's worth checking out the News Release anyway, though, as it has a number of nifty facts about everyone's favourite space robot.
Posted by Pacian at 6:13 pm 1 comment: 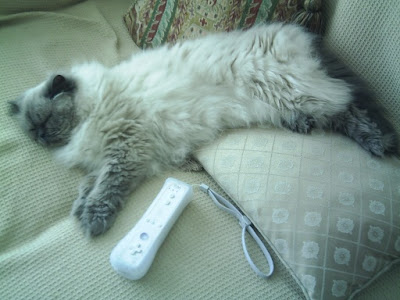 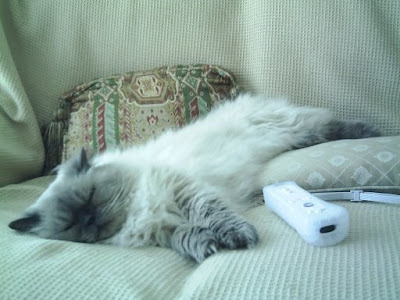 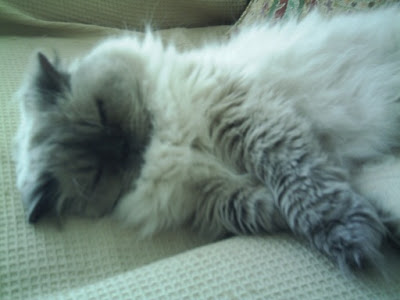 Worn out from playing Wii Sports, I suspect.
Posted by Pacian at 6:04 pm 5 comments: 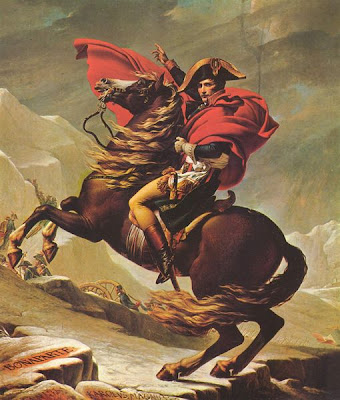 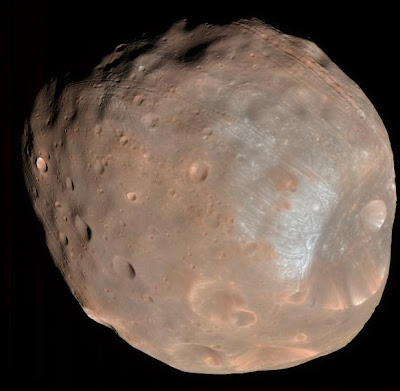 Image source with larger version
Credit: NASA/JPL-Caltech/University of Arizona
My one complaint is that Mars Reconnaissance Orbiter didn't turn its absurdly powerful camera on one of the Martian moons sooner. Presumably some careful conjunction of orbits was required. See the rest of the images here.

Phobos is an almost microscopic 27 km across at its widest point, and orbits Mars in a mere 8 hours. It hugs so close to the equator of its mother planet, that it can't even be seen from higher Martian latitudes.
Posted by Pacian at 6:00 pm No comments: 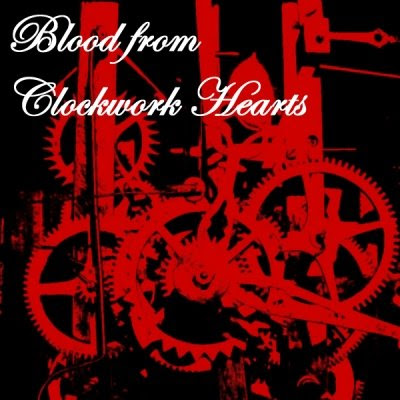 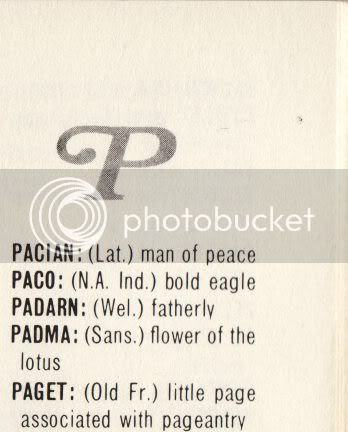 Decided to share.
Posted by Pacian at 3:38 pm 5 comments: 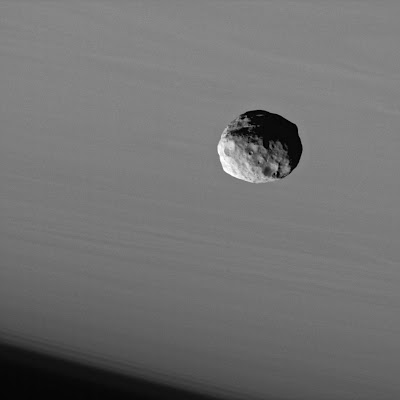 Image source with more information
Credit: NASA/JPL/Space Science Institute
I was going to post this new image of tiny Saturnian moon Janus, since I'm all for improving the visibility - so to speak - of those small irregular moons and asteroids out there. But in the process, I stumbled on this lovely monochrome image of the same moon, as photographed in September 2006. I have to say, I love it when Cassini is able to get these beautifully shadowed images of Saturn's moons in front of their mother planet. You can't help but get a hint of the astronomical sizes and distances involved.
Posted by Pacian at 7:35 pm 1 comment: 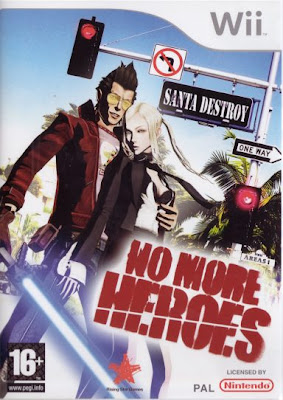 Travis Touchdown, a detached, unemployed loser, proud owner of a light sabre beam katana purchased in an internet auction, suddenly finds himself the 11th ranked assassin in America. Naturally, he's now bent on getting to number one, in the hopes of amassing fame, fortune and girls - and the only way to do that is to defeat the ten assassins ranked above him. So begins No More Heroes, a unique action-hybrid game about slicing people up with a light sabre beam katana and working in dead-end jobs.

There is some controversy over whether great fountains of blood were inserted into the American version of No More Heroes, or removed from the European and Japanese version - but personally, I can't think of anything more suited to my copy of this game than the way defeated enemies disintegrate into a cloud of black pixels, spurting coins from their severed necks. One of the bravest things that No More Heroes does is unashamedly embrace its gamey-ness.

When every other action game is trying to be the same pseudo-cinematic, over-serious Halo clone, it's nice to see something that's full of beeps and boops, pixellated icons and slacker humour. The characters talk in cartoonish quips, the tone varies on a whim, and those silly little things like 'plot' and 'theme' - while they may be lurking in the background - are happily ridiculed and often sacrificed on the altar of good old-fashioned gameplay. When a useful shopkeeper character dies in the middle of the game, he's still to be found in his old spot, as a ghost, just as able to take your money and provide his services - with hardly a word mentioned about it. No More Heroes is a game that puts more thought into any single instance of slapstick humour than into providing an over-arching sense of emotional progression or resolution. And, hey, why the hell not?

The number one complaint that everyone has with No More Heroes is the attempt to integrate a free-roaming aspect to it. Much of your time in the game takes place in the city of Santa Destroy, driving around its streets on your ridiculously over-sized motorcycle and scouring its alleyways for treasure. And this quickly gets pretty boring. It didn't have to be this way, of course - I've happily spent hours just wandering around Liberty City in GTA3 - but the trouble is that there really are only two things to do in Santa Destroy - drive between established locations and search for treasure. On top of that, the city is completely uninteresting - there are no distinctive building or street designs, no real ambience, hardly any sounds except those of passing cars. If Santa Destroy had any kind of character at all, this free-roaming aspect might actually be pleasant. As it is, it's merely bearable.

Where No More Heroes really excels is in its humorous minigames (trying to work a pump at a petrol station, for example, without setting yourself on fire) and its combat. Great use is made of the wii remote for all these things. In particular, I like the combination of button-bashing to pull off basic attacks and wii-remote waving to perform finishing moves. Still, the battles against hordes of badguys are pretty repetitive, and although they're usually over quite quickly, they do get tiresome after a while.

So, actually, where No More Heroes really really excels is in its boss fights. The ten assassins you have to defeat are all extremely unusual, well-defined characters. The conversations they have with Travis are entertaining enough, but the battles, in which they get up to all sorts of neat tricks, are extremely fun, challenging and more-ish. In particular, I think it's great how the assassins' over-the-top personalities are perfectly integrated into the unique style and ambience of each of these fights. There's the girl who prances around in a pink dress in between trying to brutally beat your brains out with a baseball bat, for example, or the guy who changes into a superhero costume and swoops around a television studio suspended from wires.

So, yes, it's flawed. But that's probably chiefly because this is a game with a strong creative streak, unafraid to take risks. Perhaps the best way to describe No More Heroes is as "Quentin Tarantino meets Super Mario". You'll know if that appeals to you.
Posted by Pacian at 9:33 pm 4 comments: 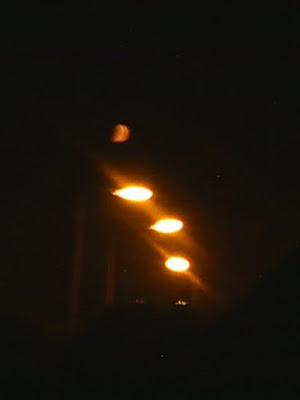 I am afraid that this is actually the real end of Space Cat Rocket Ship - unlike that time exactly a year ago, which turned out to be a storm in a teacup. Last night, Elvis descended in his mothership and abducted me, my cat and several innocent bystanders. As I understand it, we are all being shipped to trans-Neptunian orbit where we will engage in Holy War against the mothmen and their Comet of Doom.

I am sending this post by modulating the electromagnetic field of a disco light, however, as the mothership arcs away, the appreciable magnetic flux from the lamp, as measured on the surface of the Earth, will drop proportional to the inverse square of my distance, until you are no longer able to receive my transmissions.

Well, we've all been there at some point in our lives, haven't we? At least I know that as I travel to my inevitable death in the cold depths of space, I take all of your best wishes with me.
Posted by Pacian at 7:10 pm 5 comments: