I'm busy for a couple of weeks, and everything goes and changes on me. At least it seems we finally have cuts in Blogger. 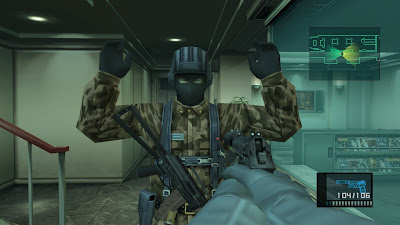 I loved the first Metal Gear Solid game for its unique atmosphere, memorable boss fights and endlessly inventive gameplay, but one thing I always thought it fell short on was the supposedly prominent sneaking element. There were only a handful of areas to sneak through, and once you learned the right strategies it was trivial to traverse them (arguably a good thing given the amount of backtracking). Yes, the game mixed things up occasionally – giving you a cold that alerts the enemy when you sneeze, or forcing you to figure out which guard is a disguised ally - but for the most part it was the bosses and action sequences that made the biggest impression.

Starting Metal Gear Solid 2, my immediate impression was that the stealth gameplay had finally matured. There are a large variety of ways to kill guards, knock them out or avoid them, and they've learned plenty of new tricks themselves for detecting your presence. This upgrade isn't one of realism, I should add, so although downed baddies no longer blink out of existence, if you want an assault rifle you'll have to find it in a floating power up rather than take one off the enemy. But that's all well and good: the Metal Gear games have never been about realism, but about presenting a world with a consistent set of video game-ish rules that even spill over into the story (where many game stories seem terrified of acknowledging how the world they're set in actually works).

So the stealth is pretty fantastic, equalling the Thief series in my estimation, and the boss fights and action sequences are naturally great as well, even if several seem analogous to parts of the previous game. I even quite liked the early twist in the story that enraged many fans at the time of the original release. Where the game did start to quickly burn through the good will it had earned was the ending. I found the final boss fight really fun, but it's sandwiched between two very lengthy cut scenes that are pretty much solid exposition.

I don't know, I really did like this game a lot, but I was hoping for a definitive Metal Gear Solid experience, and I still don't think this quite got there. The self-deconstruction is either very clever or utterly self-defeating; Big Shell is a cool location but the slightly wonky tone stops it from obtaining the epic atmosphere of Shadow Moses Island; and Dead Cell are a reasonable substitute for FOXHOUND but not quite as memorable.

Perhaps I would find what I looking for in Metal Gear Solid 3... (Spoiler: I did.)

Posted by Pacian at 9:33 am No comments: 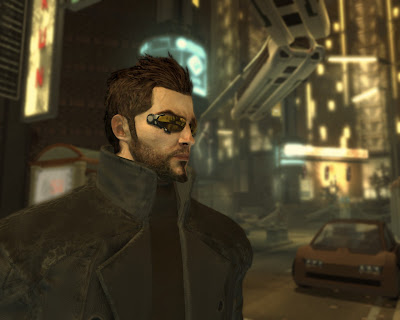 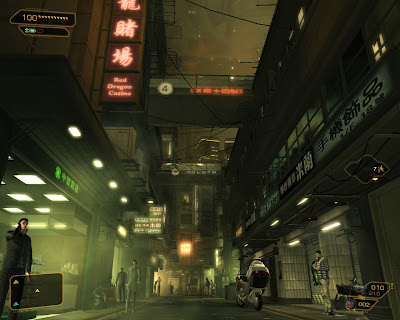 Whether it's visuals or audio, you'll be hard pressed to find a more sumptuously atmospheric game than Deus Ex: Human Revolution. This is a future of audacious mega-structures, human augmentation, renaissance fashion - and, naturally, a cyberpunk underbelly of lofty goals turned sour. If nothing else, this game is a treat to explore.

Ignoring the second Deus Ex game (a mediocre shooter that might have been well received if not for its supposed heritage), and comparing it to the first, Human Revolution has more satisfying and consistent gameplay, and a tighter, more natural storyline. But the environments of the first game are still much larger and allow for more emergent styles of play. It's a shame that the focus on technically superior graphics above all else is leading to smaller and narrower games, even as platforms increase exponentially in power.

But despite a few hiccups (see also: the out-sourced and utterly incongruous boss fights), this is a first-class game that combines old-school ambition with a more refined sensibility. 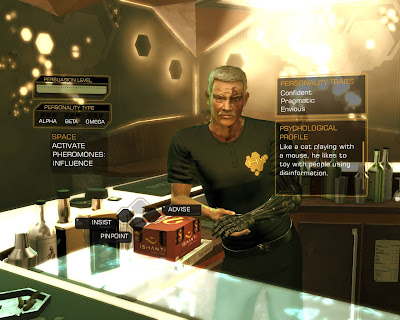 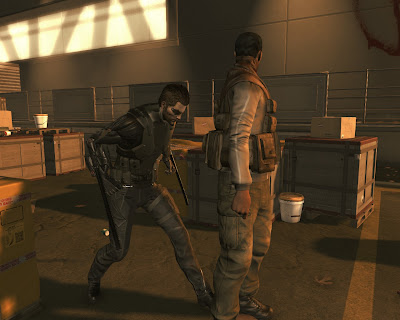