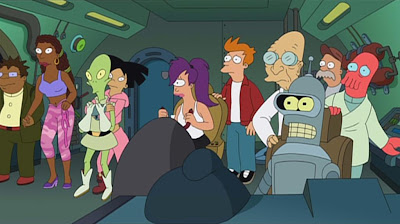 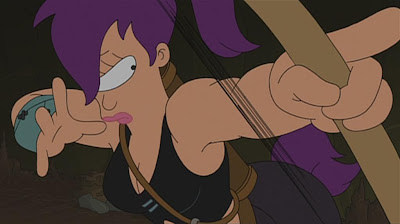 The fifth season of Futurama was released as a series of direct-to-DVD features, which is good enough to qualify for a Monday Movie or four in my books. The first two movies - Bender's Big Score and The Beast with a Billion Backs form a consistent story arc in which amoral android Bender busts open the entire Universe and enables its invasion by an enormous tentacled monster. The third instalment, Bender's Game is billed as a straight-up parody of epic fantasy tropes, but actually does quite a bit more besides, and, finally, Into the Wild Green Yonder pits the regular cast of characters against one another in a bid to provide some emotional resolution for what was expected to be the series finale.

What's interesting about Futurama is that while many people might be inclined to call it a parody, I think it's actually one of the best examples of science fiction you'll find in movies and television. Okay, yeah, there's pretty much nothing they won't throw out the window for a cheap gag, but a cheap gag on Futurama goes a long way. In contrast to a certain other Matt Groening cartoon, perhaps the fact this one has forever been circling the bowl of cancellation has lead to a brutal comic efficiency. Also, perhaps completely the opposite from that other franchise, although the cast of Futurama may all seem like mere parodies and tropes, there's a real effort made to give them depth, likeability and some measure of development.

As is often the case with shows unfairly threatened with cancellation, the team are definitely pulling out all the stops for what they thought might be their last gasp. While that may leave me wondering what they'll do with the new season they got, there's no doubt that Into the Wild Green Yonder provides a satisfying (but far from final) conclusion, and the other three films demonstrate nerd comedy at its finest - epic and irreverent, but ultimately with a smidgen of heart. 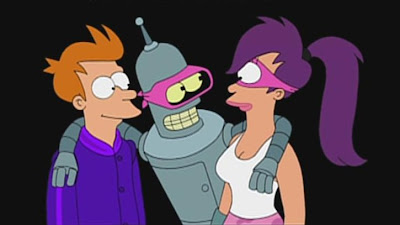 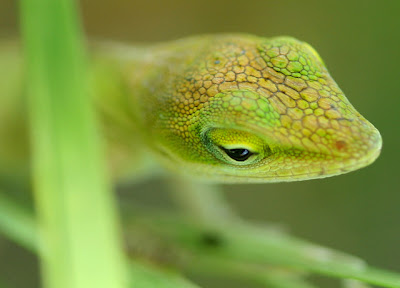 Died yesterday at the age of 46. His body of work is as powerful a demonstration as you'll find of the capabilities of animation as a medium.

In celebrating the great films he made, it's difficult not to think of those we'll now never see.

Goemon is a master thief who lives like a rock star and robs from the rich to give to the poor. But his carefree existence looks set to end when he steals something the powers that be cannot allow to escape - something that threatens to drag Goemon back into a life he thought he'd escaped, and tear apart the recently united Japan.

Director Kazuaki Kiriya's second feature is just as difficult to recommend as his first. Goemon could uncharitably be described as a self-important melodrama filmed in front of a green screen, prizing style over substance and occasionally jumping gear into impossible bouts of computer-generated violence. And, you know what, I don't dispute that at all.

But give those of us who love Kiriya our due. His visuals are bold, imaginative, and utterly unreal; the costumes and props were clearly conceived in terms of pure cool-factor rather than practicality or historical accuracy; and the profoundly earnest script, combined with those dreamlike visuals, can actually be very affecting if you only give in to its trashy charms. I, for one, hope that if Kiriya does ever manage to tame his excess, it's not at the expense of his knack for highly stylised, extravagantly chimerical worlds.
Posted by Pacian at 6:42 pm 1 comment:

Laughed so hard at this I probably shouldn't admit it.
Posted by Pacian at 9:16 pm 3 comments:

Posted by Pacian at 8:21 pm No comments: 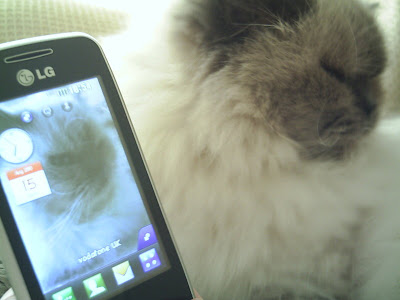 Finally got off my arse and bought a cheap touch-screen phone.
Posted by Pacian at 6:58 pm 3 comments: 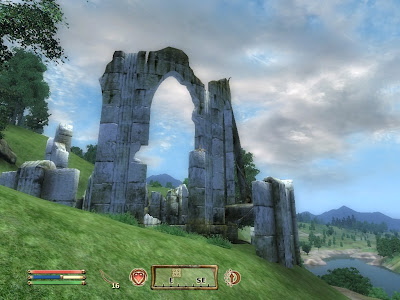 So when I picked up Bioshock about a year ago, it was as part of a double pack with Oblivion - which I'd never heard of except in reference to Fallout 3, and which the packaging seemed to warn me off from playing on Vista. Of course, I actually got it running really easily, while Bioshock required all sorts of hoop-jumping, and ultimately crapped out completely on a later level (and when my video card is working fine with everything except Bioshock, I think I'll just leave it be, thanks). A year later, I'm still playing Oblivion every so often.

I guess "medievil Fallout 3" is an accurate description, although I enjoy it in a slightly different way. For a start, where I've also enjoyed Fallout 3 as an exercise in character creation and (slightly painful) NPC interaction, I'm playing Oblivion as pretty much a straight explore-em-up. My best discovery yet is that I can play as a mage who can constantly cast invisibility spells when that beauty spot I stumble upon happens to also be home to a minotaur. And that also opens up a lucrative market in robbing and murdering the braindead NPCs that infest the otherwise picturesque landscape.

In fact, playing a criminal seems to be the strongest way to play the game. Not only do I get intimately acquainted with otherwise minor characters as I rummage through their belongings, but I have an incentive to learn their daily schedules and avoid them as they go about spouting repetitive inanities. Still, I think the fact that Oblivion is trying to simulate a relatively stable world actually makes it a little more consistently believable than the much sparser but no less stable post-apocalyptia of Fallout 3. And, more than its better known successor, where I think Oblivion succeeds is in creating a world where, even if you find the more obvious forms of gameplay not to your liking, you can still make a compelling virtual living as an invisible burgling rambler.
Posted by Pacian at 8:38 pm 2 comments:

When Bazil catches a stray bullet to the head, it's the second arms-related tragedy in his life after his father was killed by a landmine. Now unemployed, homeless, and a little... peculiar, Bazil joins a small community of misfits who live in a scrapyard, and plots to destroy the two arms manufacturers responsible for his misfortunes.

Micmacs à Tire-Larigot was not a risky film for Jean-Pierre Jeunet to make, embodying all his characteristic touches: the warm colour palette, the slightly odd-looking actors, the well-meaning mischief. The plot is rather loose, and the characters are never well defined. But, in its own small way, this is a film with an endearingly quirky voice of its own.

It's perhaps Jeunet's most understated film, dispensing with the narrator of his previous two films, often letting scenes play out with little or no dialogue - helped in no small part by Dany Boon in the lead role. Boon's portrayal of a melancholy character in desperate poverty who nevertheless displays dynamic and comedic brilliance is more than a little Chaplin-esque, and the whole film displays a visual ingenuity more common to silent films and cartoons. It may lack the emotional power that Jeunet is capable of, but the worst you can say of Micmacs is that it is a nice film.
Posted by Pacian at 6:40 pm 2 comments:

In an opulent and multi-coloured Imperial Palace, the callous Emperor (Chow Yun Fat) is slowly poisoning the Empress (Gong Li) under the guise of medicating her. But the Empress suspects, and, when she's not indulging in her strange obsession with embroidering chrysanthemums, she tries to uncover the plot and convince the Emperor's sons to side with her against their father.

Zhang Yimou's extravagant epic of political intrigue and domestic abuse treads the fine line between bold storytelling and melodrama - visual feast and aesthetic indulgence. Certainly it can be enjoyed simply as a display of expensive real-world sets and incredible costumes - but it's also a stark portrait of struggle against implacable tyranny.
Posted by Pacian at 11:02 pm 2 comments: