In the not-too-distant future (well, actually, 2010) the French government walls off the most crime-ridden banlieues and withdraws all public services from those within - including law enforcement. But when the crime lord who rules over Banlieue 13 gets his hands on the worst possible loot, maverick cop Damien (stunt man and martial artist Cyril Raffaelli) is forced to team up with local vigilante Leïto (David Belle, founder of parkour) in a race against the clock to get into the district and prevent catastrophe.

Although Luc Besson has directed an extremely diverse array of films, from surreal love stories to science fiction epics, the films that he writes and produces tend to fit a certain mould. Okay, Taxi, The Transporter and Kiss of the Dragon may be rather different shades of action movie, but they're all cut-down thrill rides with slightly woolly plots and a surprisingly strong emotional core. District 13 definitely ticks all the boxes, but if you haven't been sold on the style before, perhaps the world's first freerunning action movie can tempt you into the fold.

As with many cinematographers who take the director's chair, Pierre Morel shoots a good looking film, depicting the urban decay of his setting, and the tattooed, shaven-headed machismo of his actors with perfect framing and loving attention to detail, while the adrenalin-pumping action sequences are finely edited into quick-fire roller coasters where it's nevertheless still easy to make out what's happening. And thanks to that little pinch of Besson magic, the cast is strong, and the characters memorable - whether you're cheering them on, or booing and hissing. My only complaints are that the sole female character is stuffed pretty deep into the refrigerator, and the two stonking great action scenes that introduce David and Cyril respectively easily outshine much of what follows.
Posted by Pacian at 7:29 pm 3 comments:

I know I'm normally the one complaining that the marketing-led discussion of video games fixates on their graphics technology, but using cool new techniques like this to incorporate reacting to the duplicitous, ambiguous characters of a typical film noir into your gameplay is just the kind of new development I can get behind.

(Game Central got a nice preview of how this integrates into the game.)
Posted by Pacian at 7:44 pm No comments:

Image Credit: NASA/JPL-Caltech/Cornell/ASU
With a little help from her friends on Earth, Opportunity returns this awesome colour panorama of the crater she's exploring. It's well worth clicking for the full resolution JPEG on the Photojournal page to see all the lovely little details.
Posted by Pacian at 7:30 pm 1 comment: 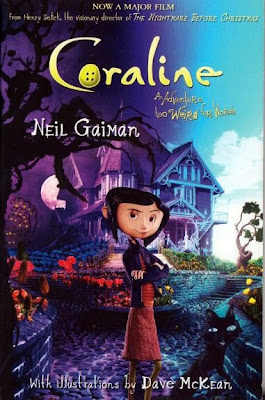 I've carefully avoided the film version of Gaiman's Stardust because I loved the book so much I don't want to risk changing my memories of it. Which is kind of the opposite from my relationship to Coraline. As a fan of Henry Selick, I saw the film version first, and was surprised to find the book comparing unfavourably, at least during the beginning and middle. In this version, Coraline isn't really much taken in by the "other" house and family that she finds through a bricked up door in her new home, and while most film adaptations leave things out, a lot of the coolest parts of Selick's vision are clearly his own, and not Gaiman's.

But then the book comes into its own in the final act, charting quite a different course of creepy scares and ghostly resolutions. And there's also the simple fact that this is here a culturally British story, despite its Americanisation for the silver screen (after Harry Potter, I thought Hollywood had gotten over that?) And yet, while this is an excellent read, I have to admit that, for me, the film took it to another level.
Posted by Pacian at 9:54 pm 1 comment: 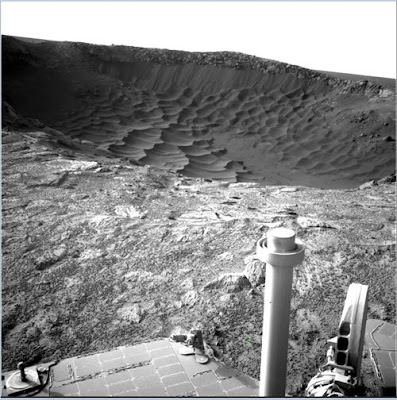 Source with larger versions
Opportunity sends us this nice snapshot of the crater she's currently studying.
Posted by Pacian at 8:57 pm 2 comments:

For Takeshi Kitano's Sonatine. Probably my favourite trailer of all time. 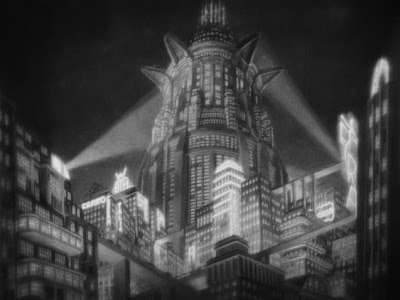 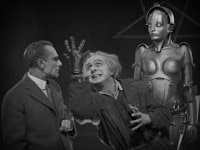 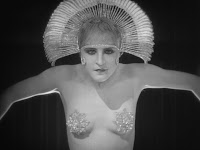 Inspired by the words of the mysterious and beautiful Maria, spoiled Freder Fredersen descends into the depths of his father's metropolis and sees for himself how terrible conditions are for the toiling workers that built it. Little does he know that his father plans to use a robot clone of Maria as an agent provocateur, inciting the under-classes into sowing the seeds of their own demise.

I have to admit that, as much as I pride myself on enjoying movies of all stripes, types and forms, I struggled to appreciate Metropolis in its previous best restoration, in which all of the sequences believed forever lost when Fritz Lang's original version was re-cut for American audiences are marked by mere place-holders. But the discovery of a complete (if badly damaged) copy in a small museum in Buenos Aires finally allows the film to be seen in a much more watchable form. Two short sequences are still missing (and after this miraculous find its too much to hope that they'll ever turn up), and the Buenos Aires footage is of a markedly lower quality than the rest of the film, but this only serves to underscore the fact that a lot of the most awesome parts of Metropolis were butchered.

Seeing it in its almost complete glory, I finally find myself able to get into the film and lend it the admiration I wasn't sure it deserved. It's not just the visionary depiction of a timeless city where gothic architecture survives in the shadows of massive art deco superstructures, but Gottfried Huppertz's incredible score (which is a pleasure to listen to in itself); Brigitte Helm's fantastic performance as both the humble, saintly Maria and her skittish, sexually-charged doppelgänger; the dense and simplistic cocktail of 1920s hopes and fears about everything from Communism to technological advancement; and, more than anything, the singular combination of pulp sensibilities, epic themes and masterful imagery that's as breathtaking now as it was over eighty years ago.
Posted by Pacian at 8:39 pm 3 comments: 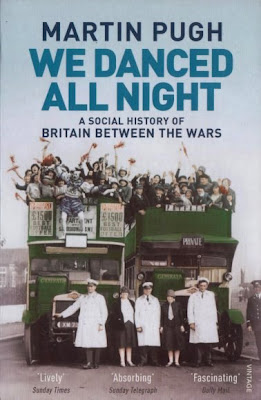 We Danced All Night: A Social History of Britain Between the Wars - Martin Pugh

As a novice on the subject, I can't claim to hold any opinion on the success of what Pugh believes is an attempt to redress established modern misconceptions about this period. I will say that I was drawn to this particular book because, as the title implies, it takes a positive view of twenties and thirties Britain.

And it's also easy to be impressed by the effort Pugh takes to be as broad as possible - which means both covering often specialist subjects such as aviation and motoring, and ensuring that each topic is related to every relevant sector of society (and region of the country). There is, for example, a dedicated chapter on the changing role of women - but Pugh also touches on this subject in relation to every other, from sport to the decline of the aristocracy.

It does make things a little repetitive at times, but it also means that each chapter feels like a comprehensive overview of each facet of the inter-war period.
Posted by Pacian at 9:15 pm 1 comment:

Up high, down low. 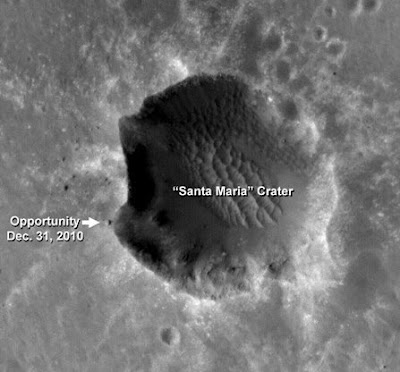 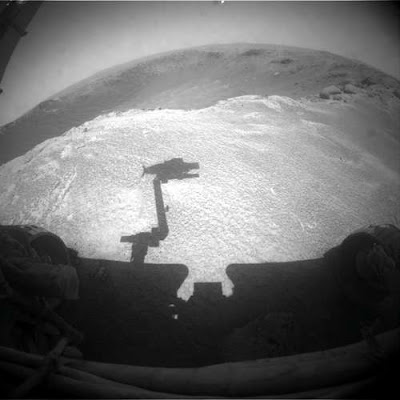 Credit: NASA / JPL
Larger version
"But-but where are you, MRO?!"
Posted by Pacian at 9:15 pm No comments: