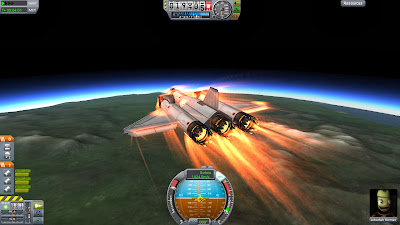 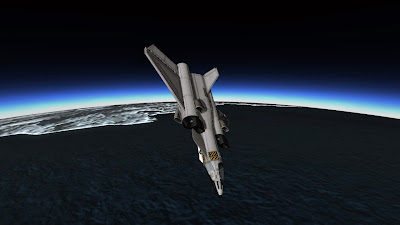 After a lot of failed space planes sent spiralling into the sky while Jebediah Kerman descends safely to the ground in a detached cockpit, I finally managed to design an aircraft that can go crazy-fast and make very careful turns without going into a spin.

And the higher you climb, the faster it goes - well past the speed of sound, right up until... well, right up until the engines stop getting enough air from the attenuated atmosphere and flame out, putting the plane in a fatal spin.

I made a good bid for the north pole of Kerbin in this kite before finally succumbing to the temptation to go just that little bit higher and faster and dooming the expedition to failure. The worst part was starting to get the plane back under control, just as the engines sheared off.
Posted by Pacian at 9:36 pm 2 comments: 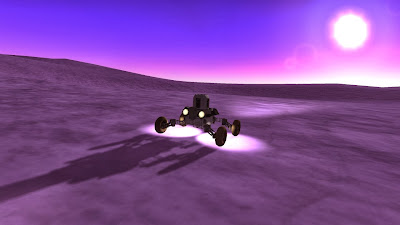 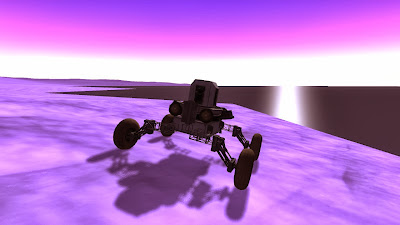 After my initial decision to land on one of Eve’s large flat areas led to the discovery that the planet has vast, dark oceans, I quick-loaded and brought my automated rover down on solid land instead.

Having successfully avoided the sea, the next obvious step was to drive to the nearest coast and check it out from a safe distance.
Posted by Pacian at 7:45 pm 1 comment: