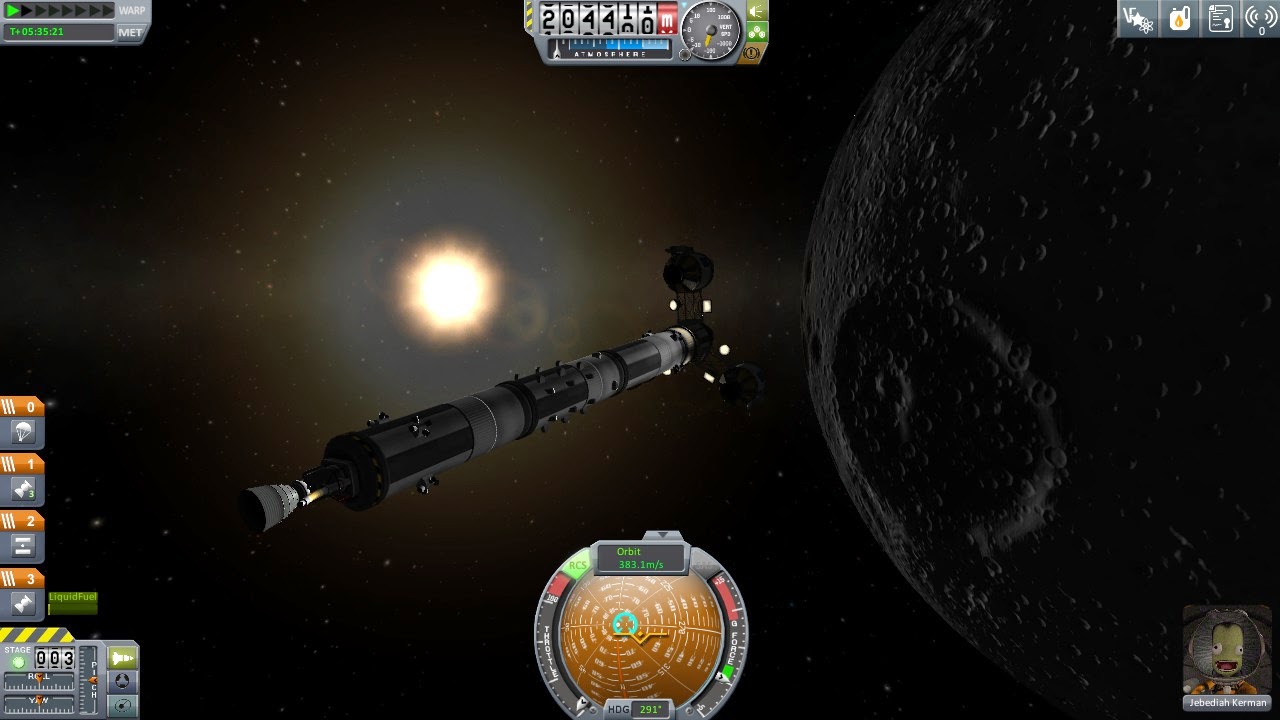 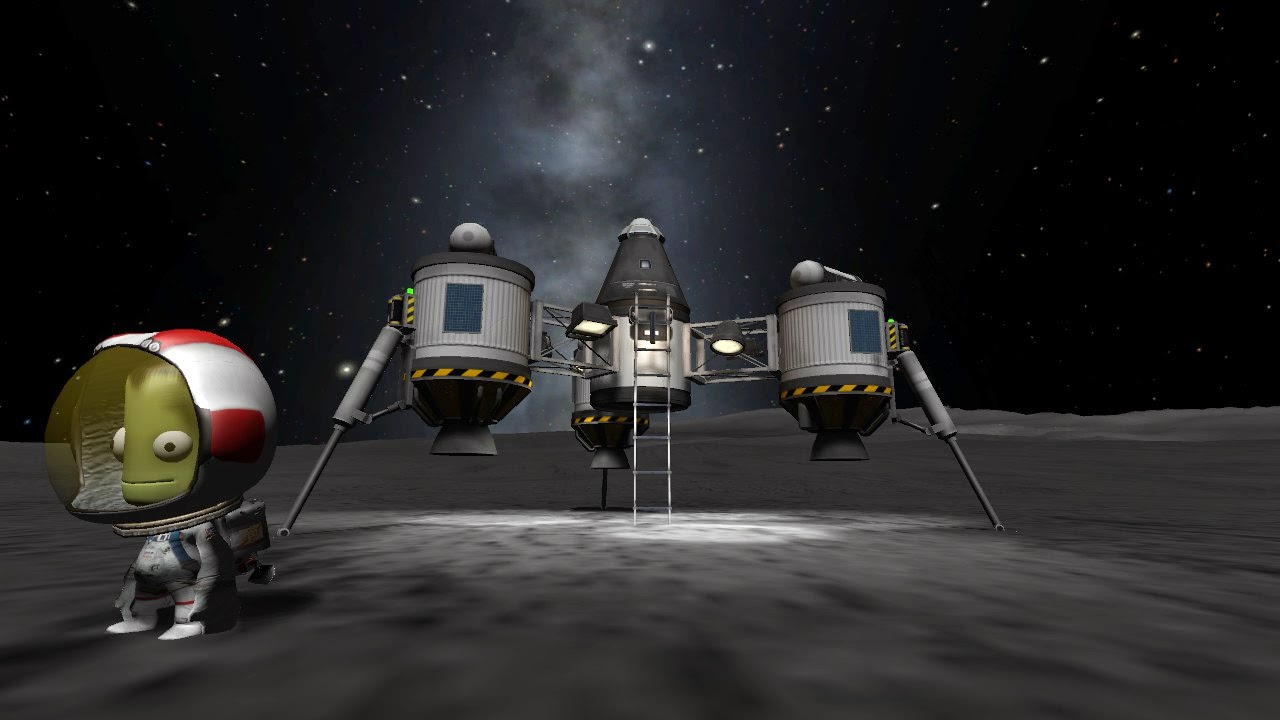 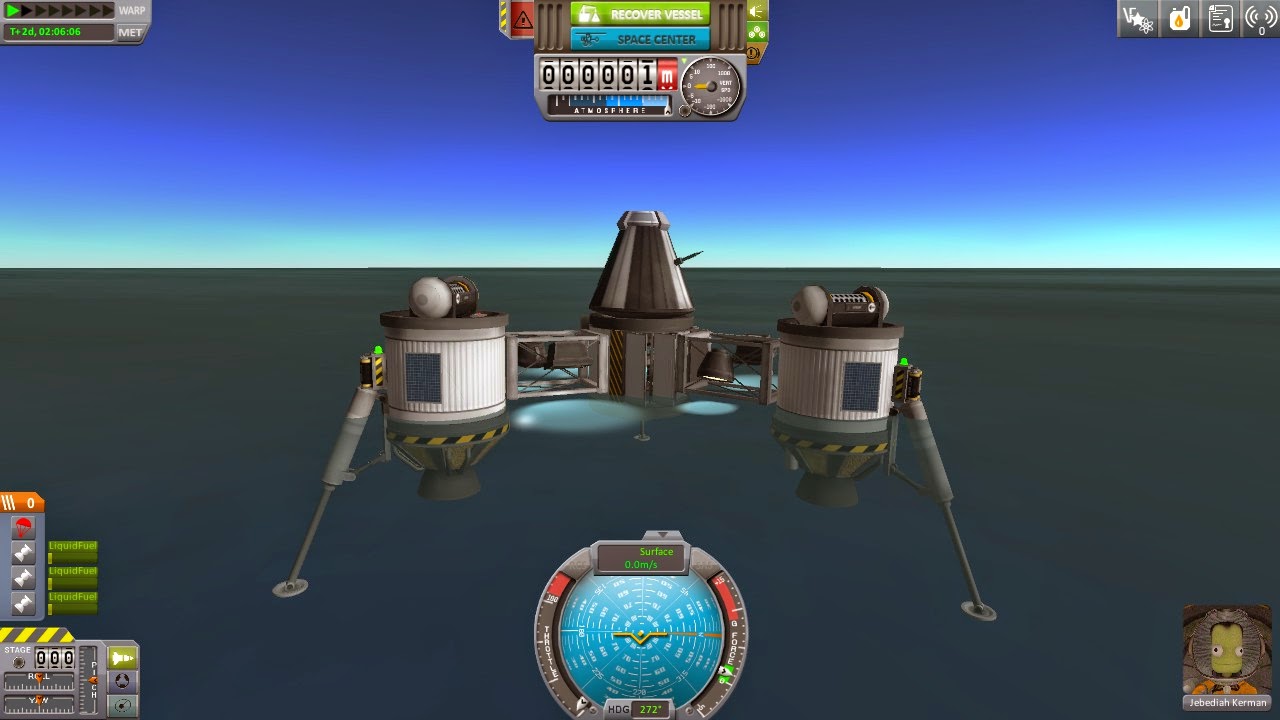 I've been using pretty much the same rocket design for trips to Kerbin's moons for a while now, but, especially with the extra science components for career mode, I finally got exasperated with its gangly instability.

This new rocket uses the same layout for most of its stages, but has a much shorter and broader lander. I wasn't convinced that the extra engines and reduced fuel capacity weren't a compromise too far, but Jebediah successfully took it to the Mun's Farside Crater and back.
Posted by Pacian at 11:09 pm 1 comment: 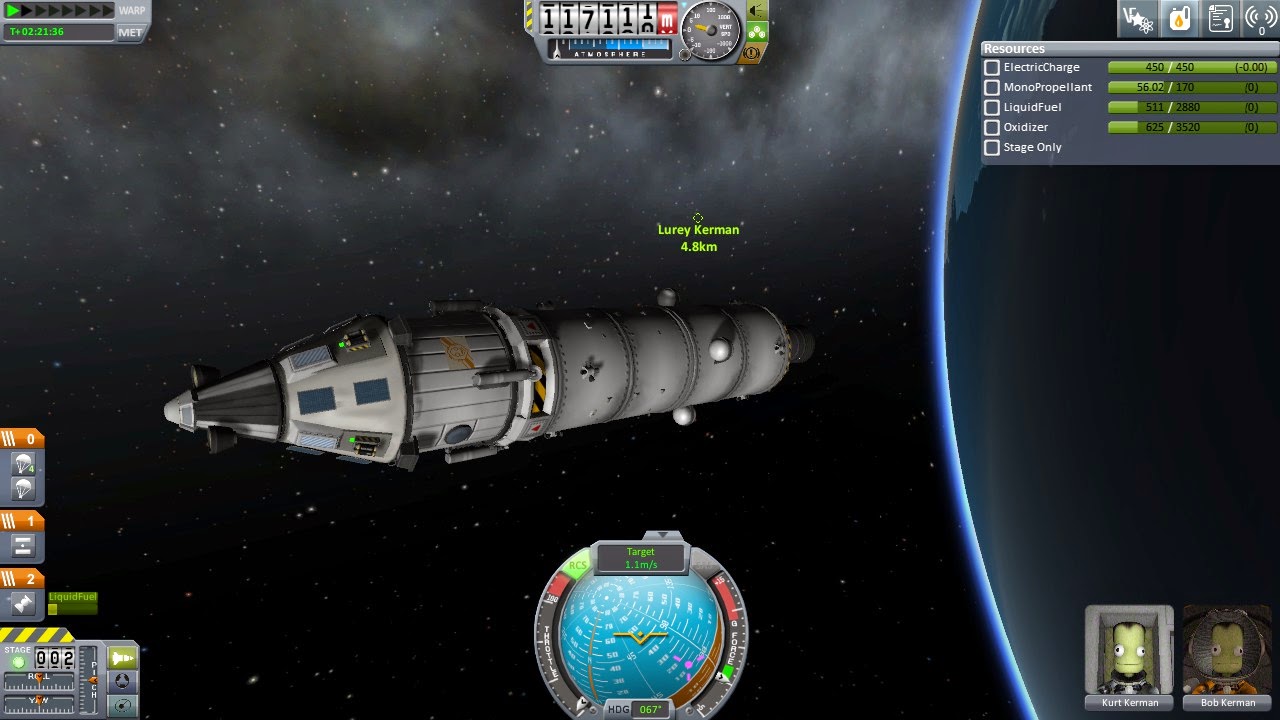 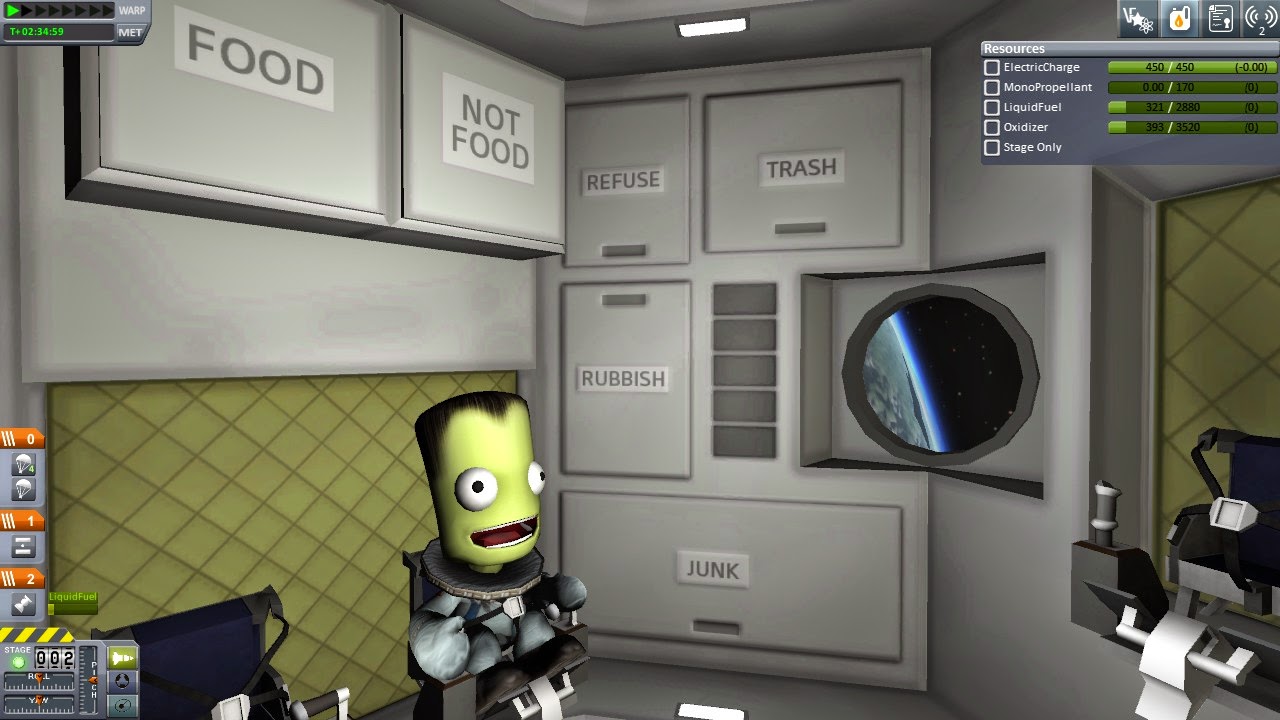 I threw together a slightly monstrous rocket to do a rescue contract.

Actually synchronising with the poor lost kerbonaut ate most of its fuel, but then it was just a short trip back down to the surface...
Posted by Pacian at 10:59 pm 2 comments: 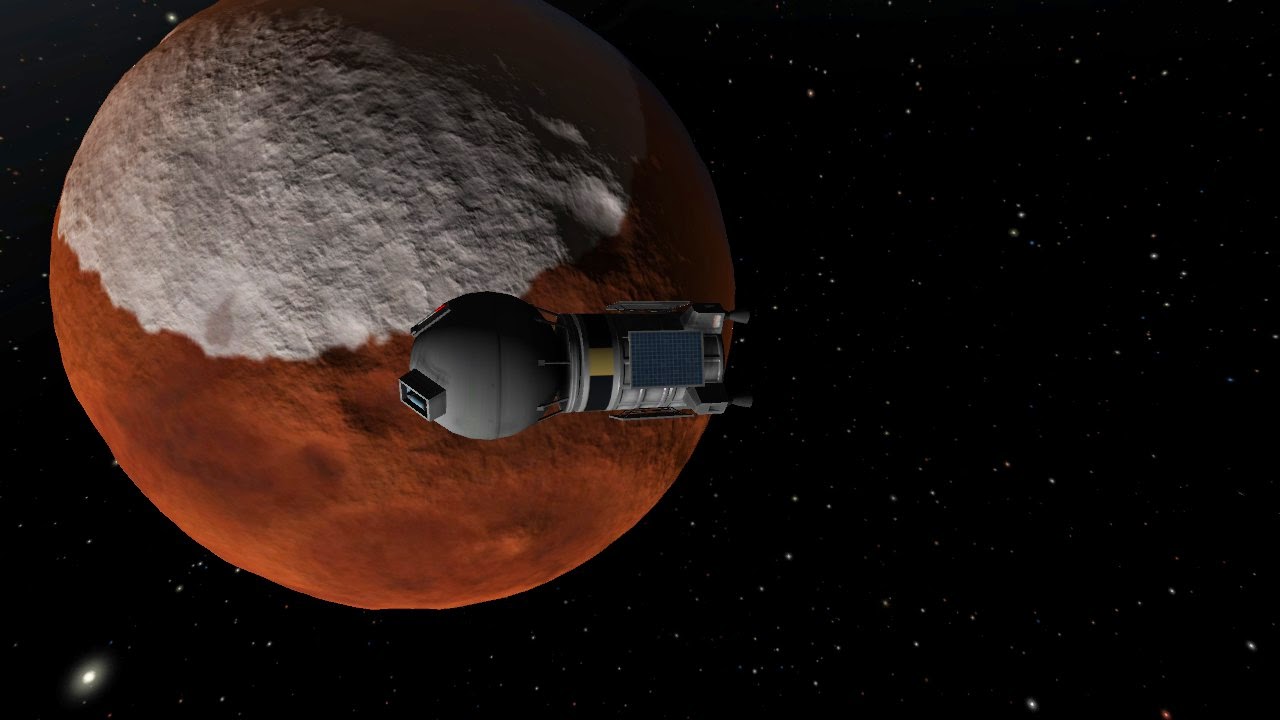 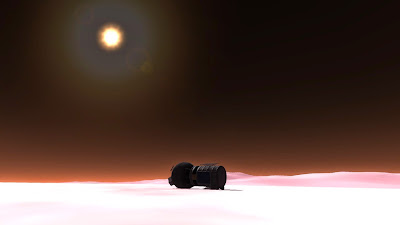 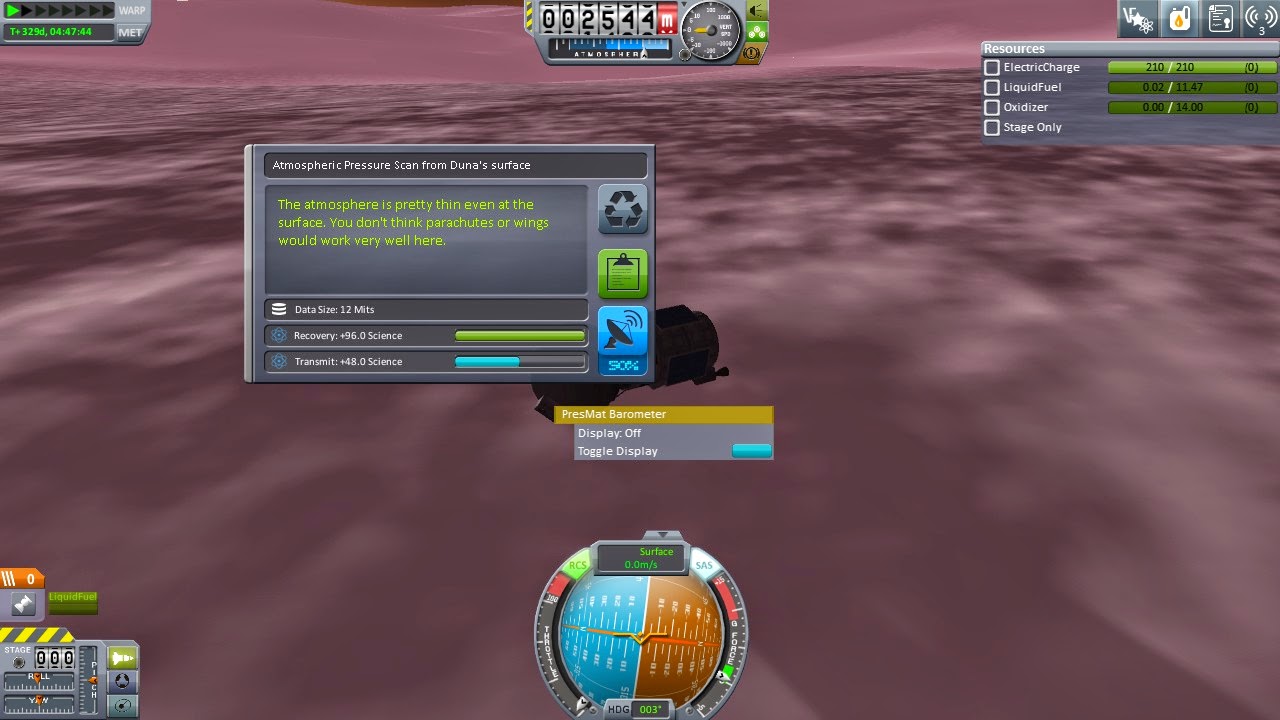 I've been playing Kerbal Space Program's career mode since the version 0.24 update. My best achievement so far has been crash-landing a probe onto one of Duna's ice caps, where it sent back temperature and pressure readings for juicy science points.
Posted by Pacian at 10:47 pm 1 comment: