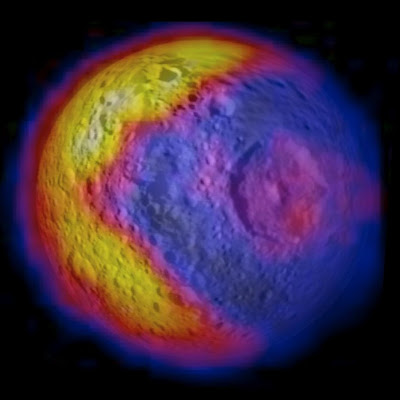 Credit: NASA/JPL/GSFC/SWRI/SSI
Mimas seems to be the go-to world in the Solar System for pop culture references. In the visible spectrum it looks like the Death Star, and in infrared it, apparently, resembles Pac-Man eating a dot.

But as much as this may have caught the eye of the mass media for quite simple reasons, Emily Lakdawalla has the lowdown on why this image is actually a scientifically fascinating discovery.
Posted by Pacian at 9:16 pm 5 comments:

Scott Pilgrim vs My Time 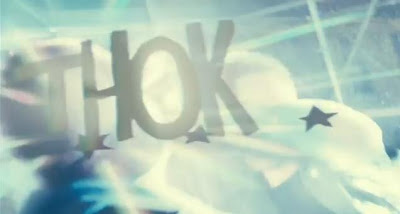 One of the things I've sworn solemnly to do soon-ish is to finish reading Scott Pilgrim before Edgar Wright's film adapatation comes out.

As a bit of a kick up the bum, the trailer is now out. You're probably supposed to watch it at the official link, but I always find that the Apple trailer site works really badly for me and doesn't do full screen or anything, so you might just want to watch it at Twitch, or search YouTube or whatever.
Posted by Pacian at 2:50 pm 4 comments:

I've always admired Channel 4 news, a feeling validated by this segment demonstrating the duplicity of the man who will, in all likelihood, be our next prime minister.

David Cameron is keen to present the Conservatives as a changed party, willing to embrace diversity in their mission to change things for the better. But when confronted with the actual voting record of his MEPs on gay rights issues, he initially chokes, and then later flat out lies.

Hold onto your feathered hats... 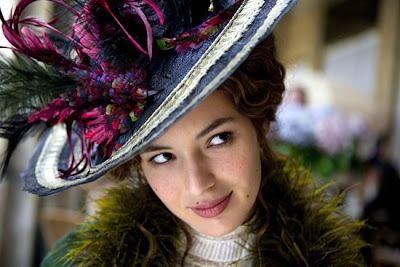 Luc Besson's upcoming Les Aventures extraordinaires d'Adèle Blanc-Sec now has an official site (I recommend turning your volume down for this one), and a full trailer which you can catch at Twitch.
Posted by Pacian at 10:10 am 1 comment: 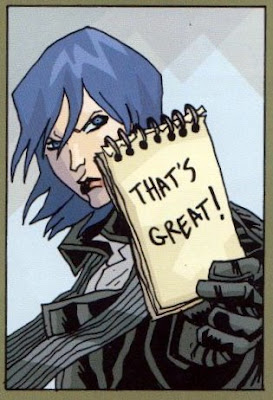 After finally fulfilling their promise to save the world, the disparate adoptees of the Umbrella Academy have gone off the rails somewhat - variously revelling in their newfound fame, rotting in front of the TV, losing at the dog tracks and vindictively pursuing vengeance for betrayal. But it seems their adventures are far from over - a powerful and secretive organisation is trying to kill one of their number, who is apparently involved in a far-ranging conspiracy that includes a talking fish, the assassination of John F. Kennedy, and two ultraviolent psychopaths dressed up as cartoon characters...

When it came to the first collected story arc in Gerard Way's extremely imaginative semi-superhero comic, I was impressed by the way it blended a heady cocktail of bizarre ideas into one cohesive whole - but left feeling that the story moved a little too fast to truly develop its cast. In reading the second story arc, Dallas, I was surprised to realise what a strong impression Way's characters had left me with, and pleased to see him continue to focus on their dysfunctional relationships.

Dallas also continues the off-the-wall and yet impossibly consistent world-building. This is a world where seemingly anything can be encountered - often to the great surprise of the reader, if not the people used to living there - and yet it all fits together perfectly, evoking a strange alternate reality with a very definite tone and atmosphere to it. If you're looking for a wildly imaginative story that's nevertheless still grounded in believable characters, then The Umbrella Academy is definitely shaping up into something that you simply must check out.
Posted by Pacian at 7:05 pm 1 comment: 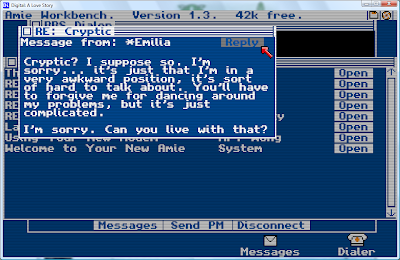 Okay, now this is a beautiful little thing: Digital: A Love Story.

A touching adventure(-ish) game about Internet-friendship and hacker conspiracies that's by turns cute, funny, sinister and bittersweet.
Posted by Pacian at 11:25 pm 3 comments: 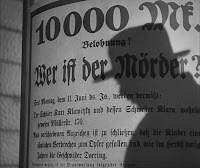 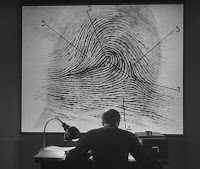 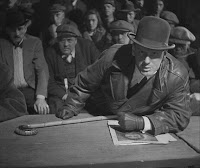 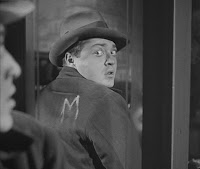 Berlin is in a state of panic: a killer stalks its streets, luring children away to be murdered. The authorities respond by checking papers and performing daily raids against the usual suspects - prompting the city's leading criminal organisation to launch a manhunt of its own. They believe that the murderer ruining their reputations and livelihoods may in fact be an otherwise respectable member of society...

Fritz Lang's M, the first ever serial killer film, is tense and visually striking. Deliciously dark at times, it also shows a surprising sense of humour. The depiction of forensic science and of criminals banding together against a child-killer are startlingly modern, while the almost omnipresent crime syndicate lends the story a slightly otherworldly quality.

Lang takes a multi-layered perspective on the grim subject matter. On the surface a quite heavy-handed warning against "stranger danger" for both parents and children, M also covers more nuanced issues, such as the distinction between mere criminality and true evil - or responsibility and insanity.
Posted by Pacian at 6:55 pm 1 comment: 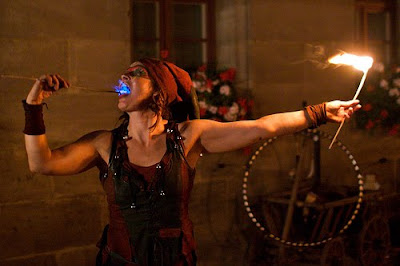 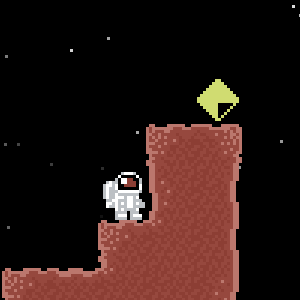 Over the period of one school year, an unruly class of students attend the French lessons of teacher François Marin, taking advantage of his desire to engage with them, and drawing him into arguments. At times François finds the ability to inspire even his most troublesome charges, but when his own nature gets the better of him, it's those students who most need his help that are cast by the wayside.

Based on a semi-autobiographical novel by lead actor François Bégaudeau, The Class (Entre les Murs or Between the Walls) features a cast of real students and teachers, while director Laurent Cantet's close-up camerawork places the audience right in the classroom. This is not a message movie, or an inspiring true story, but rather an ambiguous slice of life where a teacher's double standards are as troubling as the bad behaviour of any student. If it has any significant fault, it's only in making real life seem too vivid.
Posted by Pacian at 8:08 pm 4 comments:

A while back Twitch posted the cool poster art for Danish sci-fi short Connected. Well now the full film is available to view online at the official site. Seven minutes of your time that I think you will find well spent.
Posted by Pacian at 7:50 pm No comments: 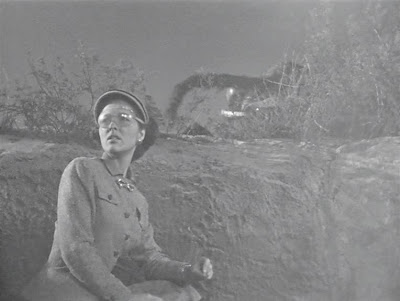 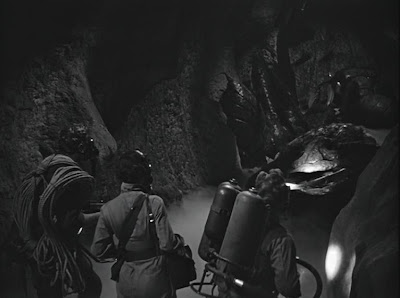 Things take an eerie turn when a police officer and an FBI agent team up to investigate strange killings in the Californian desert. Their request for help is answered by a bumbling agricultural scientist and his (obliged by the genre to scream once, but otherwise level-headed) daughter. It seems that the atomic tests of the forties may have spawned a new species of giant ant that could very well become the dominant form of life on Earth...

To me, seminal monster movie Them! is at its best when it's being otherworldly and creepy - strange chirpings heard in the middle of a sandstorm, or the claustrophobic tunnels of a subterranean nest. But that doesn't prevent it also pulling off some stonking great action sequences that rise above the primitive creature effects - or some relatively smart, talky science fiction. This is a film that's entirely confident in its ridiculous premise, boldly extrapolating the facts of ant society while never apologising for its flights of fancy.
Posted by Pacian at 8:10 pm No comments: