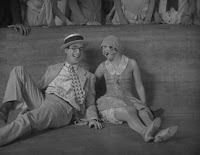 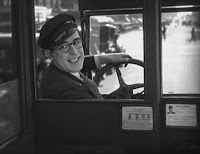 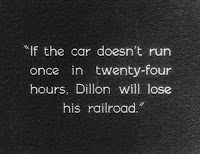 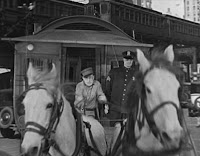 "Speedy" (Harold Lloyd) has considerable trouble holding down a job, whether he's goofing off in an ice cream parlour or terrorizing passenger Babe Ruth by driving a taxi without looking where he's going. Fortunately, he has a devoted girlfriend with an amiable old father. This old-fashioned geezer also happens to be the man who drives the last horse-drawn trolley in New York - or at least, he does as long as he's able to maintain a service at least once every twenty-four hours. And some unscrupulous businessmen have a few ideas about that...

As Lloyd's last silent film, this saw his brand now carefully honed into exactly, well, you know, that kind of film that it was. Where the two other great "silent comedians" of the era were dedicated filmmakers with an interest in cinematic experimentation (in the case of Buster Keaton) or heartwarming storytelling (in the case of Charlie Chaplin), Harold Lloyd films were mostly just intended as vehicles for his comedic talent, happy to drop everything and run off in pursuit of any good gag. Speedy perhaps stands out in that it finds a structure where it all fits together quite nicely. Speedy's different jobs enable Lloyd to get involved in all manner of hijinks, a trip to Coney Island fair ground cements his chemistry with leading lady Ann Christy (in what was apparently both her big break and her last major picture), and the battle for the old trolley runs through a glorious slapstick street brawl before the inevitable madcap chase to the climax.
Posted by Pacian at 8:35 pm 1 comment:

Okay, that's quite enough of that. 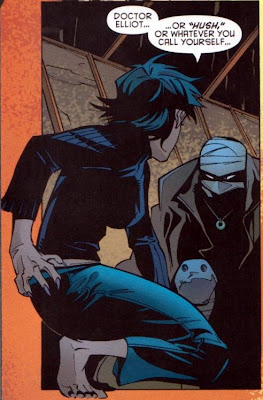 So here I've gone and read another Hush book, even after last time. You could be forgiven for thinking that I had some specific interest in the character of Hush, but I have to say there are a lot of other Batman villains I'd sooner read about. But then I encountered the artwork of Dustin Nguyen online and wanted to pick up a book he'd worked on. Coupled with Paul Dini (Batman: The Animated Series, Batman: Arkham Asylum) taking the writer's chair, this became an unexpected must-buy for me.

And I have to say that Dini's take on Hush is a lot smoother than Jeph Loeb's (not that I bear any grudge against Loeb, his name is on by far the thickest graphic novel on my stack) - there's a more focused cast, more exploration of Hush's motives and pathology, far more touching moments between Batman and Catwoman (and, so it seems, between Hush and a mobster's daughter). There are also a few quintessential Dini touches - Zatanna plays a supporting role, and Harley Quinn and Mr Freeze put in brief appearances.

On the strength of this, I was quite happy to pick up the first collected edition of Dini and Nguyen's Batman: Streets of Gotham. W-wait... that's about Hush too? Oh well.
Posted by Pacian at 9:11 pm 1 comment:

From Duncan Jones, the director of Moon.
Posted by Pacian at 8:05 pm 2 comments: 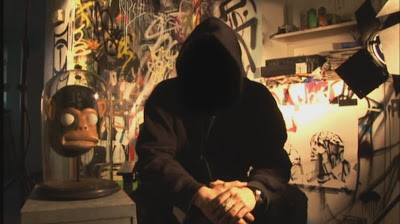 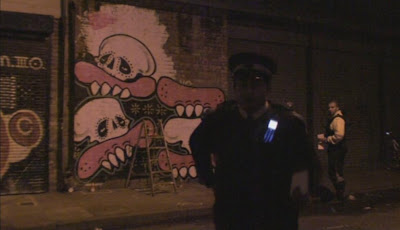 Meet Thierry Guetta, a man who films every moment of his life. When he discovers that his cousin is the French graffiti artist Space Invader, it's his induction into the world of street art. Soon he's accompanying all manner of guerilla artists on their sojourns around the cities of the globe, as they fight signposts and billboards for control of our visual space. His access extends as far as Shephard Fairey (whose iconic image of Barack Obama is known worldwide) and even the impossibly elusive Banksy. When anyone asks him just why he's filming everything, he responds with the obvious answer: he's making a documentary on street art. Eventually though, Banksy realises that Thierry is just "a guy with a camera and mental problems".

Exit Through the Gift Shop is a really interesting film, in a lot more ways than you might expect. At first it covers a broad perspective on street art, arguing that this is a way to put meaningful images in the public eye while side-stepping or corrupting corporate advertising and the art-gallery establishment. And then, in Thierry, or "Mr Brainwash" as he starts to call himself, it goes on to show this very process going spectacularly awry, projecting someone into the public eye who has no talent or originality beyond his unwavering self-belief and an innate knack for generating hype.

But, hang on a moment, I can't fail to mention that there's also the nagging suspicion that Mr Brainwash may himself just be the latest Banksy piece, a bizarre self-parody, or a parody of people's perceptions of Banksy and his career - and in some way, despite what Banksy may say at the start of the film, this actually is a film about him. Isn't that just the kind of stunt he'd pull?

(I also have to mention that the UK DVD comes in a really cool cardboard box, with a kaleidoscopic pair of "unique 2D glasses". It does not, regrettably, come with subtitles.)
Posted by Pacian at 7:37 pm 1 comment: 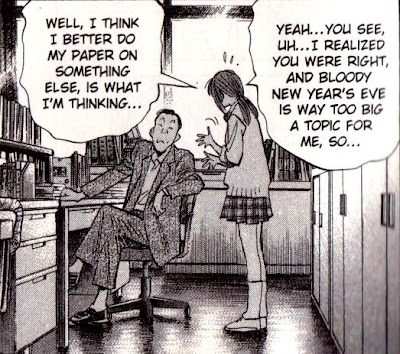 Probably the best description of this series is that it's in the vein of expansive mystery TV shows like Lost - except that you never doubt that Urasawa has the whole thing planned out in meticulous detail, and he's also very adept at resolving minor mysteries when they've run out of steam or introducing entirely new branches of the plot.

The other thing he does well is audacity. Not just in the way he can convincingly introduce pretty much anything to the storyline, but also in the way he's quite happy to go straight from a scene of epic science fiction, say, to an everyday moment of personal drama - sliding effortlessly between what some might expect to be entirely disparate genres.

Recommended with all the commends I can rec.
Posted by Pacian at 9:47 pm 1 comment:

I took second place at IFComp.
Posted by Pacian at 10:11 pm 7 comments:

André (Jamel Debbouze, probably best known as the young greengrocer from Amelie) has hit rock bottom. Heavily in debt and down on his luck, he can't even get arrested. Can't even kill himself without having to rescue a similarly-inclined woman, "Angela", who appears out of nowhere and then attaches herself to him, taking a mysterious interest in his emotional and moral well-being. Wait, could she be-? No, of course not.

After a prolonged period without helming any films, Luc Besson returned to write and direct Angel-A, a small, low-key film that nevertheless allows Besson to show off his unparalleled flare for visual style, arresting premise and memorable characters. Of course, he has something of a more fluid relationship with plot and character development, both of which are rather weak here. But Angel-A, for all that it lacks, still manages to be both charming and eye-catching throughout.
Posted by Pacian at 9:29 pm 2 comments:

Randall and Hopkirk (Deceased).
Posted by Pacian at 7:05 pm No comments: 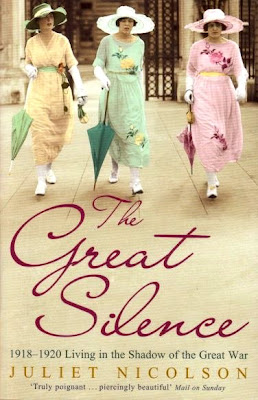 This history of Britain from 11th November 1918 to 11th November 1920 provides a very readable account of the nation's slow recovery from the Great War - charting the path from stoic weariness, through a gradual acknowledgement of the need to grieve, and finally the desire for some much needed peace and recreation at the dawn of the twenties.

Nicholson's focus is largely biased towards the higher classes, and the focus on London is so deeply ingrained that in certain places the fact that the text is about the capital is only mentioned incidentally. There's also a stronger interest in the prosaic and everyday than the impersonal or theoretical. Which, actually, is entirely suited to my purposes - namely: trying to get a feel on a personal scale for the cultural forces that would shape 1920s England.
Posted by Pacian at 9:58 pm 1 comment:

Your Guide to US Political Concepts

President A detains people without due process and readily admits torturing them. He also implements social policies that place the vulnerable and marginalised at risk of increased hardships and mortality.

This president is a GOOD, CHRISTIAN MAN.

President B attempts to expand healthcare to reach more vulnerable and marginalised people. At every turn he is sure to defer to those who are vociferously opposed to his plans, scaling them back.

This president is a FASCIST.
Posted by Pacian at 10:13 pm 4 comments: 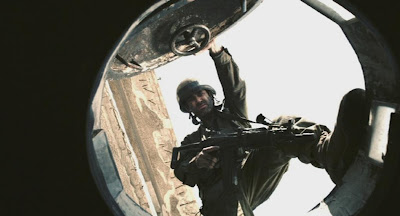 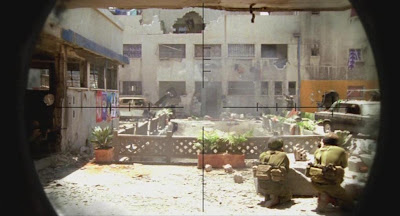 It's 1982, and four twenty-year-old men are shut up in a tank, rolling into Lebanon with a platoon of soldiers. Young, inexperienced, watching proceedings through their periscopes and heading into the aftermath of an air-strike, they're expected to shell first, ask questions later. When they don't, the more vulnerable infantrymen get killed. When they do, they contribute to the indiscriminate bombardment of a largely civilian area.

And then, as the platoon's only vehicle, they're also used as storage for a corpse, a Syrian prisoner, and the Phalangist soldier who wants to "interrogate" him. And this is all before their hard-edged commanding officer (who drops in on them from above like a visitor from another world) realises that they've blundered into very dangerous territory indeed.

Samuel Maoz's claustrophobic and autobiographical Lebanon, filmed - but for two static shots - entirely inside a tank, is a grimy, unflinching psychological drama, which I wouldn't call political so much as simply honest.
Posted by Pacian at 9:15 pm 1 comment: