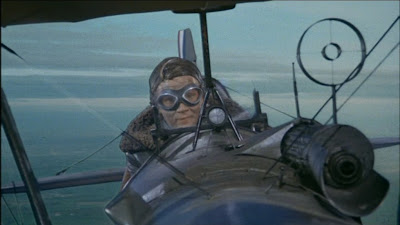 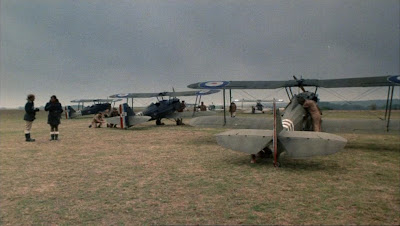 A year after leaving Eton for the Royal Flying Corps, Major Gresham (Malcolm McDowell) finds that his squadron's much-needed reinforcements consist of a single young man: Croft, an old school-friend and the younger brother of his girlfriend. Although wide-eyed and enthusiastic at first, Croft quickly finds himself rudely introduced to a life where his life expectancy is measured in days.

Aces High is a gritty historical film of the kind you might expect from the late 70s, showing a relatively high degree of accuracy on its subject (especially compared to certain recent movies), perhaps no surprise given that it cites Cecil Lewis' Sagittarius Rising as a source. All in all, a pretty solid depiction of a broad spectrum of aspects of the era - from partying with a downed German pilot, to landing to ask for directions.
Posted by Pacian at 7:29 pm No comments: 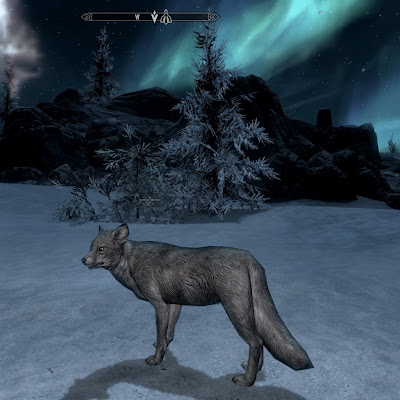 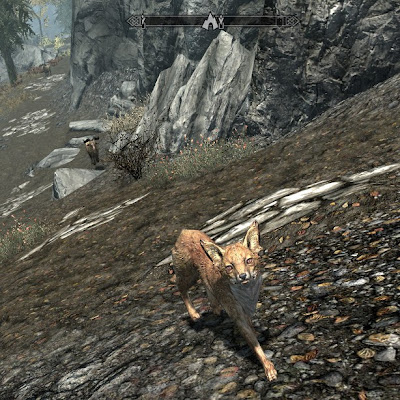 Getting up close to a fox has been one of my personal goals since I first saw one in Skyrim. Interestingly, sprinting turned out to be more useful than sneaking, even though my sneaky thief is sneakier than... well, apparently not sneakier than a fox.

Goal achieved, I can now resume stealing everything not nailed down.
Posted by Pacian at 11:14 pm 2 comments: 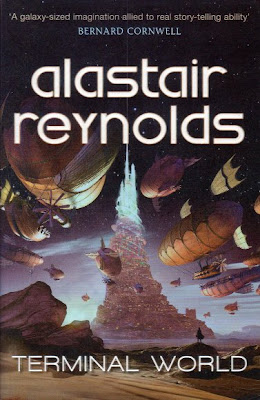 In one of the mid-level regions of Spearpoint - a city divided into societies of different technological levels - the pathologist Quillon is about to perform a post mortem on an "angel" that has fallen from the highest reaches. And then the subject turns out to be not quite dead. Fortunate, since it carries a terrible warning for Quillon, who is himself an infiltrator from another zone. It looks like his only option may be to flee Spearpoint altogether...

Terminal World is a heady cocktail of awesome ideas that never quite lives up to its potential. It seems rather similar to Reynolds' earlier Century Rain, but without the intensity or atmosphere. There are intimations that Reynolds might be setting up a new series of books here, but, although I enjoyed exploring this intriguing world, the story itself feels a lot like an author simply turning up to collect his pay cheque.
Posted by Pacian at 2:05 pm 1 comment: