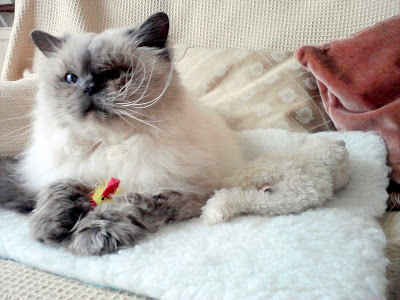 If there's two things I like in a Freddie Wong video, it's seeing him collaborate with members of the established film industry, and settings other than the usual car park. This has both.
Posted by Pacian at 8:08 pm No comments:

This won't be Wong Kar-Wai's first kung fu film, but he's not normally a name associated with the genre. Regardless, it looks about as beautiful as you'd expect, Wong seeming to have found a good alternative to his erstwhile cinematographer Christopher Doyle.

On the topic of post-Doyle WKW films, I should probably get around to dusting off that DVD of My Blueberry Nights and finally watching it...
Posted by Pacian at 10:55 am No comments:

"Where are you going?"

Unsurprisingly, via Wooster Collective.
Posted by Pacian at 8:01 pm No comments: 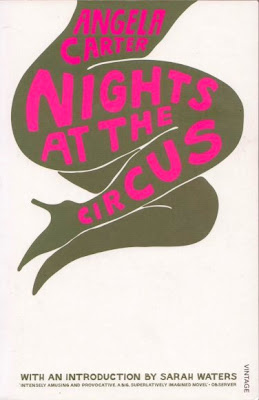 Nights at the Circus - Angela Carter

Jack Walser, American journalist, has secured an interview with the famous aerialiste, "Fevvers", also known as the "Cockney Venus", a woman who claims to have been hatched from an egg with fully functional wings. Intending to debunk her as a fraud, Walser instead falls in love, and runs away with the circus to follow her across Russia. But with Fevvers an accomplished egoist and Walser very much a man of the Victorian era, it's not clear that either of them could ever bring one another happiness. Then again, this is the cusp of the onrushing twentieth century - so who knows what's really possible?

A barefaced work of literature that makes few, if any, concessions to marketability, Nights at the Circus is brazen, provocative and slippery, luring you in with strong writing and a bizarre cast of impossible characters, then bamboozling you with imagery both magical and political. Deposited at the end, dazed and confused, I can only conclude that I really like the thing. The final chapter, in particular, answers the question of what Fevvers "is" in a way that I found unexpectedly beautiful.
Posted by Pacian at 8:00 pm No comments:

Posted by Pacian at 7:43 pm No comments:

When two detectives (Denzel Washington, Chiwetel Ejiofor) attend a bank robbery turned hostage situation, it quickly becomes clear that the cocksure mastermind behind it (Clive Owen) has put a complex plan into motion. As the bank's owner (Christopher Plummer) and his fixer (Jodie Foster) get involved, it even starts to seem that these criminals may not be in it for the money.

Possibly presented as evidence that if director Spike Lee doesn't usually make slick blockbusters, it's because he chooses not to, Inside Man doesn't quite have the 100% airtight plot required by this kind of twisty thriller. It doesn't matter though: it's clever enough, and Lee's confident direction, subversive political themes and strong cast lend it a kind of unassuming brilliance.
Posted by Pacian at 7:17 pm No comments:

A robotic explorer approaches an alien world.
Posted by Pacian at 10:35 am 1 comment: