If only I could be so grossly incandescent! 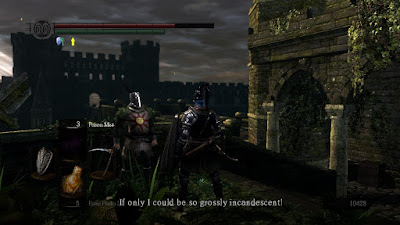 Be wary of humanity 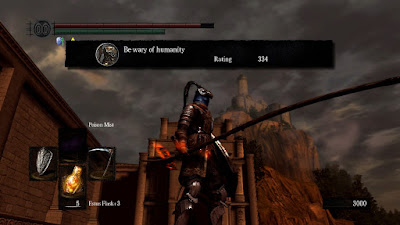 There was something about Artorias... 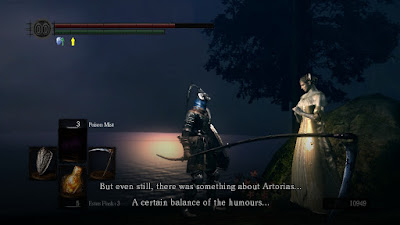 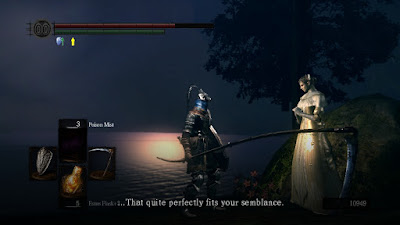 A useless ring befitting of no finger 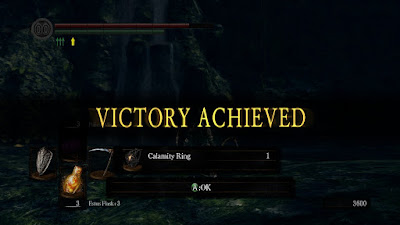 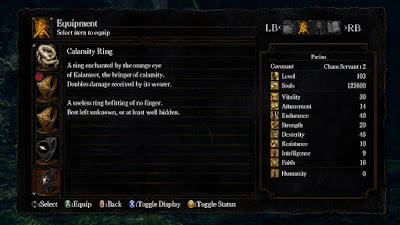 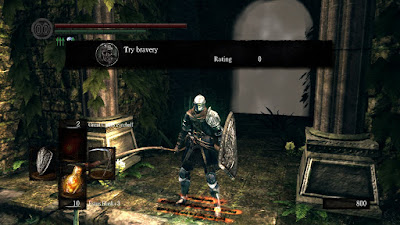 But which merchant do I buy it from?
Posted by Pacian at 11:29 pm No comments: 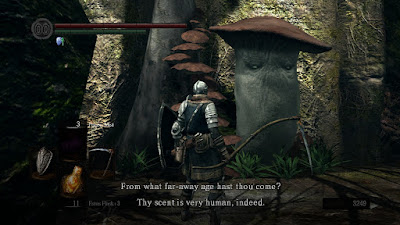 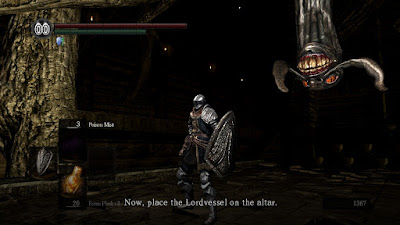 Well if a giant upside-down primordial serpent wants me to do it...
Posted by Pacian at 11:27 pm No comments: 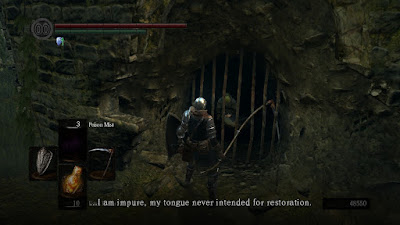 Jeez lady, I'm sorry I bothered.
Posted by Pacian at 11:24 pm No comments: 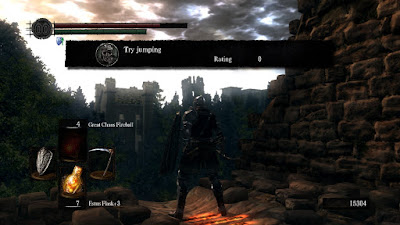 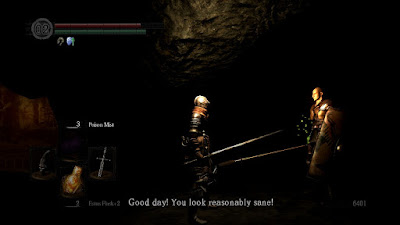 Posted by Pacian at 5:18 pm No comments: 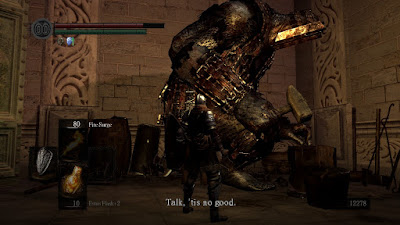 I Made Yet Another Thing

This thing is about how hard it is to get a good job, especially in outer space. 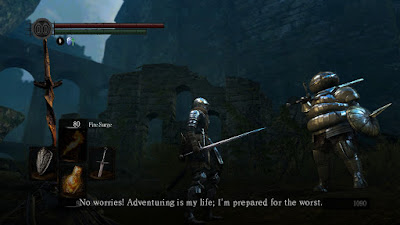 As always, this list is purely personal, not just in terms of reflecting my tastes, but also because it's about what I found in 2015, regardless of when it was made.

Mad Max: Fury Road
A masterclass in minimalist world-building. Fury Road paints a weird, vibrant, thrilling world that it trusts you to pick up as you go along, never slowing the action to spell out what you can infer or imagine.

Captain Philips
Naturalistic filmmaking that puts the audience on board as the captain of a container ship negotiates with the pirates that are trying to hijack it. An edge-of-your-seat story with a large dollop of veracity.

John Wick
I feel like I’m losing my taste for slick, stylised violence, especially the kind that glorifies dudes taking out their grievances on strangers. Nevertheless, John Wick is a film that violences real good. 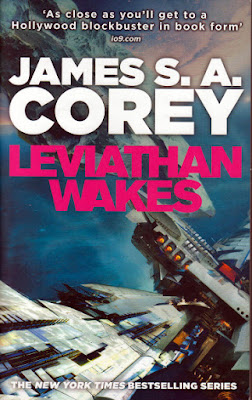 Leviathan Wakes - James S.A. Corey
The first in a series of science fiction page-turners that manages to keep the space adventuring grounded and believable, even as a crew of misfits and a hard-drinking detective uncover a conspiracy that reaches far beyond the politically divided solar system.

Annihilation - Jeff Vandemeer
“Eerie and unsettling”, the blurb on the back of the book says. And then some. An utterly riveting journey into a bizarre wilderness. 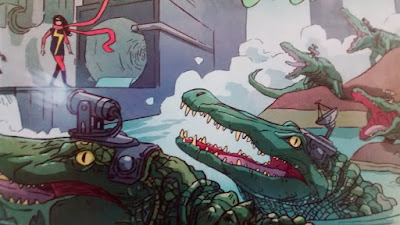 Fuse - Antony Johnston, Justin Greenwood, et al.
A police odd couple solve crimes on a space station. Given the restrained tone, I found it a bit disappointingly soft in the sci-fi stakes, but the characters are great and the whodunnits genuinely engrossing. 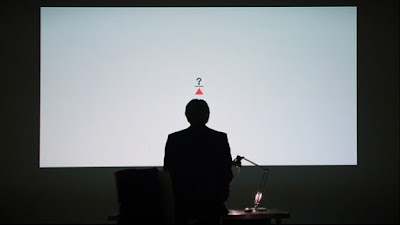 Person of Interest
We’re only up to season 3 of this show in the UK, but it’s still some of the best science fiction TV out there (masquerading as, ick, a crime procedural). Three-dimensional characters deal intelligently with thought provoking and important themes - without forgetting to get mixed up in plenty of gripping drama while they’re at it.

The Flash
So at this point the Arrowverse is shaping up to be TV’s Marvel Cinematic Universe (only with lesser-known DC characters), and this is it at its fun, imaginative, colourful best.

Parks and Recreation
Imagine The West Wing, but with really low stakes. Then fill it with great characters that the show clearly has lots of affection for. Pierce lid. Microwave for five minutes. Excellent television. 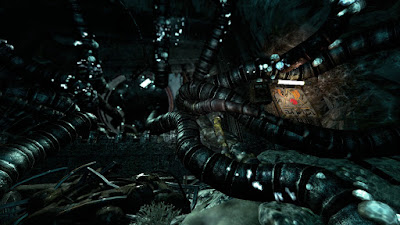 Soma
I loved everything about this game. It certainly has its flaws, but I didn't mind any of them. An unflinchingly honest exploration of some of the more uncomfortable ideas in science fiction, in a gruesomely beautiful underwater setting, with cool non-human characters, scary monsters, and tonnes of widgets to fiddle with. Loved it, loved it, loved it.

Alien Isolation
A remarkable love letter to Ridley Scott’s original 1979 horror film. The game may never be quite sure what to do with itself, but exploring a note-perfect extension of the world of Alien, while being stalked by cinema’s most memorable monster, was always going to be something that would win me over.

Invisible Inc.
I do like me some stealth games. I play them methodically, slowly, carefully - exploring everything. Invisible Inc. is a turn-based stealth game that aims to change everything calcified and clichéd in the genre, turning my play style on its head and encouraging nail-biting, carefully planned risk taking. I imagine people will be talking about the design of this game for many, many years to come.
Posted by Pacian at 5:19 pm 2 comments: