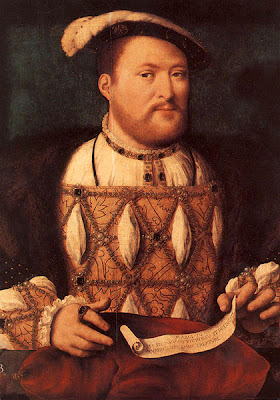 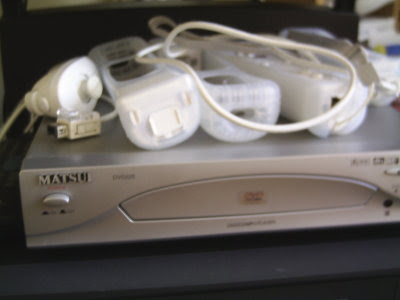 Well, my poor old DVD player (seen above beneath a heap of Wii peripherals) has been with me for almost a decade now, and it's been getting increasingly sick. Today saw its retirement - replaced by a cheap new model from the same brand. No Blu-ray for me, no thanks. 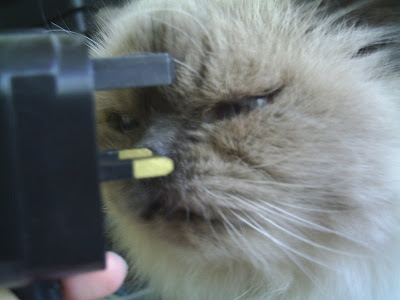 While working on the roof of a morphine addict, Sébastien, a Georgian immigrant to France, overhears discussion of a shady job that the addict hopes will earn him a large amount of money. When his employer then dies of an overdose, leaving him out of pocket, Sébastien manages to obtain the secretive instructions for this mysterious job and follow them - with little idea just what he's getting into.

Director Géla Babluani says that 13 (Tzameti) was inspired by his own experiences emigrating from the violent and turbulent Georgia of the 1990s to peaceful and stable France. The result is a minimalist and noir-ish film that depicts a French underworld where the rich bet on the lives of the desperate. Tense and draining, there's a terrible veracity to the way Babluani imagines Western Europe as a place of obvious civility and hidden brutality.
Posted by Pacian at 12:33 pm 4 comments: 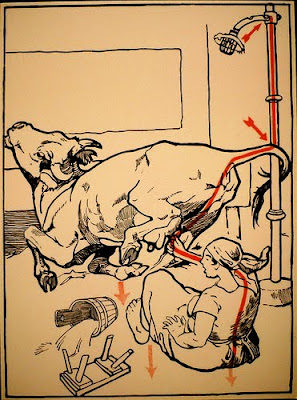 Credit: Bre Pettis
Some rights reserved
30 Ways to Die of Electrocution features scans from an old book about, well, electrocuting yourself in weird ways.

I'm not much of an electrical engineer, but apart from being really unlikely, a lot of these diagrams seem to show a questionable understanding of electrical current.
Posted by Pacian at 4:20 pm 3 comments:

I know Starcraft is only getting a sequel because the game's multiplayer is now pretty much South Korea's official sport. And I know that Blizzard is in the grip of Activision's drive to turn video games into soulless, mass-produced consumer goods bereft of any kind of creativity.

But I really liked Starcraft's single player campaign (at least until Brood War, when the missions suddenly required actual strategy and I flailed like mad). I think it's a great example of a well integrated narrative, and nicely defines a universe that steals all the best bits of your favourite science fiction books and movies, and mixes them up into this glorious mash of trailer trash in space; biomechanical alien infestations; dying elder races; and allying, back-stabbing factions thereof. So... consider me hyped.

Not sure how I feel about Tricia Helfer as Kerrigan, though.
Posted by Pacian at 7:34 pm 2 comments: 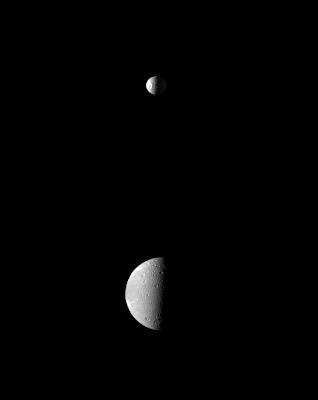 Both moons were over a million kilometres from Cassini when this image was taken.
Posted by Pacian at 8:23 pm No comments: 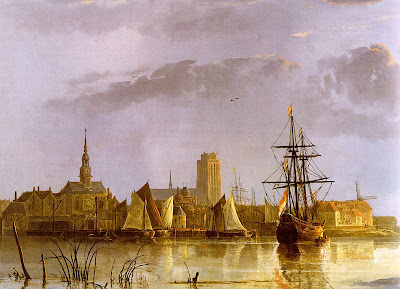 Image source
Dordrecht circa 1650, by Aelbert Cuyp.
Posted by Pacian at 7:44 pm 1 comment: 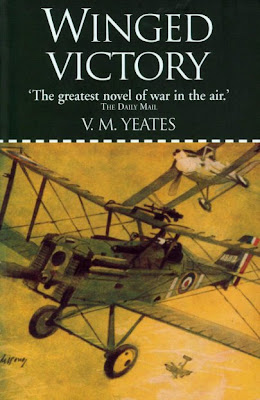 Tom Cundall is a pilot flying Sopwith Camel scout planes in France, 1918. The novel methods of aerial warfare have stabilised somewhat, and with four months experience, he's avoided becoming part of the terrifyingly large fraction of flyers who die during training or on their first few missions. It's not a pleasant lark, certainly, and Tom is no hero or 'jingo', but he's confident that he can see out a war that, after the entry of America, seems to be close to its finish.

Of course, with American troops pouring into Europe, Germany knows that it will have to move soon if it is to stand any chance of winning. When the inevitable offensive arrives, Camel squadrons are ordered to bomb and strafe the advancing troops. Suddenly, Tom's experience in the air counts for nothing, suvival becoming a matter of simply failing to occupy the same point in space and time as any of the thousands of machinegun bullets being fired from the ground. For one reason or another, it seems that Tom's last few months flying on the Front will be the ones to see him physically or psychologically undone.

Yeates wrote Winged Victory in 1933, hospitalised for the tuberculosis that would kill him a year later. The book was initially praised, and then forgotten; briefly revived by pilots during the Battle of Britain, who adored its uncompromising realism; and then out of print for the rest of the century. Only after seventy years of praise from historians citing it as an honest, realistic and almost autobiographical novel, did it finally seem to catch on, now readily available to anyone interested in the First Air War. For example: me.

And if that is your interest, this book will certainly see you well served, but it deserves to be far more widely read than that. Although the operational details of the Royal Flying Corps (and then, midway through the book, the Royal Air Force) are fascinating, they're merely the backdrop for a deeply human story that mixes satirical farce with the blackest of humour, and the most terrible tragedies with a spark of vicious wit. It's a platonic love story between three fast friends, whose brilliant and terrible philosophies and politics make up pages of inspired or ridiculous banter, and whose tragedies are heart-wrenching. It's a portrait of the toll of war on lives and minds. And its a historical indictment of the way that millions of men across Europe suddenly started killing one another, as efficiently as possible, for four long years.
Posted by Pacian at 6:56 pm No comments: 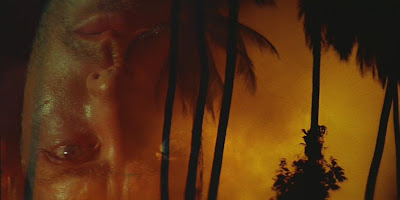 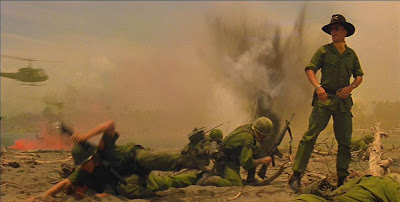 Captain Willard lies in a drunken, post-traumatic stupor in his room in Saigon. He wants nothing more than another mission. And, for his sins, they give him one. Colonel Walter E. Kurtz has, the general says, gone rogue. He's operating out of Cambodia with an army of Montagnard natives who worship him like a god. Willard is to travel up the Nung River, infiltrate Kurtz's group, and terminate the Colonel “with extreme prejudice”. But as Willard travels through Vietnam, observing the absurdity and brutality of the American war, he begins to wonder just what his superiors can have against Kurtz.

A film that could only have been made in seventies Hollywood, Apocalypse Now sees all the excess and bravura of a multi-million dollar budget directed at a story that is, in literal terms, small and personal - even if thematically it aims to represent the Vietnam War in totality, and even to get to the root of war itself.

Although the shoot was a notorious nightmare that overran both its budget and its deadlines (and gave star Martin Sheen a heart attack), Francis Ford Coppola flexed his directorial muscles to choerograph epic scenes involving A-list actors, hundreds of extras, military hardware on loan from a real war, tonnes of pyrotechnics and huge sets. Even if modern CGI ever allows us to duplicate these spectacles, no-one will deserve as much credit for it.

And then, once again, there is the fact that all this light and sound was not intended to dazzle and hypnotise the audience, but supports a predominantly low-key film that emphasises atmosphere and character, and tackles human nature head on. The modern tendency to dress up war in comforting lies is a dangerous hypocrisy, Apocalypse Now argues, and our only hope to move past violent conflict is to truly grasp what it entails.
Posted by Pacian at 9:15 pm 4 comments:

Deadline for first draft: one month.

The Sky, by Hand


UP THERE from Jon on Vimeo.