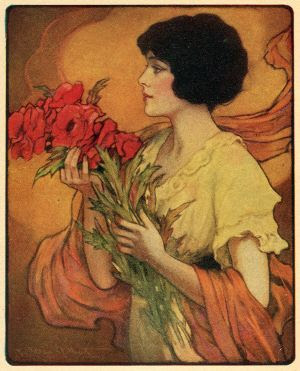 This random prettiness from the 1920s represents Gentle Julia, apparently.
Posted by Pacian at 9:04 pm 3 comments: 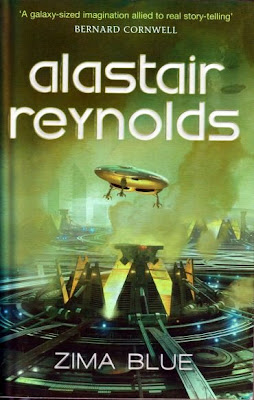 I've written previously that I think Alistair Reynolds is currently doing his best work outside of the Revelation Space continuity that made his name. This book is a collection of just such stories, spanning throughout his career. As such it's probably a bit of a mixed bag, but it also supports my assertion, in that it contains several stories that I found substantially more powerful than anything in the opposing collection, Galactic North.

Chief among them are Enola, a simply beautiful story about an intelligent weapon of mass destruction - that can't be discussed without spoiling its surprising intensity; and Beyond the Aquila Rift, a typically Reynoldsian story of astronauts blasted into baffling depths of space and time. Spirey and the Queen lays out a deliciously dark and gritty civilisation that nevertheless brims with winning personality (even if it become less punchy as it goes on). And a trio of stories about a man fleeing genocide across the Galaxy manages to put a new spin on themes you might have thought Reynolds had done to death elsewhere (unfortunately these stories were written out of chronological order, and I felt the climax turned out a lot weaker than the build-up).

Then there's a couple of stories revolving around an interplanetary reporter which are fine enough, but not quite my thing. The rest of the stories are set much closer to home - 'near future' stories of a type not usually associated with this author (although he writes that he wishes he could shake this assumption). These stories did win me over eventually, but I honestly think Reynolds is simply better at fantastic world-building than he is at producing an interesting twist on our own present day society.

Still, mixed bag or not, this is an essential buy for any Reynolds fan.
Posted by Pacian at 7:10 pm No comments:

Insert obligatory mention of how great it is that short-form cinema is being made more accessible by the Internet. Follow with superlative-laden raving about the following content being right up my alley:

Human civilisation has reached its peak.

Fire the nuclear missiles now. There's no way we can top this. 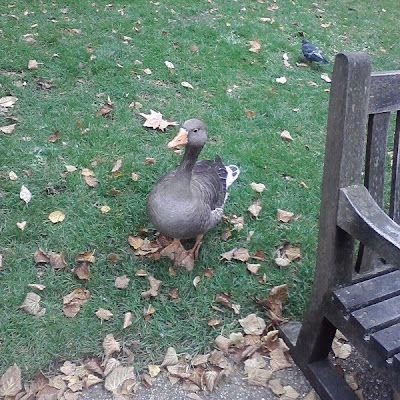 Today I met someone who was a goose.
Posted by Pacian at 9:04 pm 2 comments: 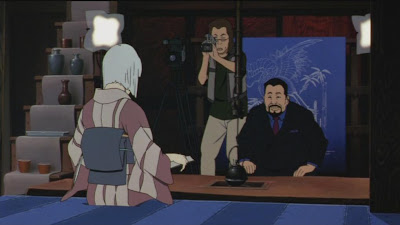 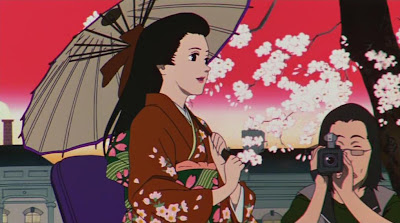 Somehow, small-time documentary-maker Genya Tachibana has managed to arrange an interview with his idol, the legendary - now reclusive - actress Chiyoko Fujiwara. As Chiyoko tells the story of how she fell in love with a dissident artist and first became involved in film, Tachibana and his reluctant cameraman are drawn literally into her story - past and present, real events and acting roles, all merging seamlessly.

Millennium Actress could probably have been a live action film, but hand-drawn animation allows writer/director Satoshi Kon to blend disparate scenes into one another with ease, to portray images that are perfect and impossible, and yet exude deep emotional veracity. This is a film that tells a story on a personal scale while allowing incredible flights of fancy, that's moving and profound without ever losing its sense of humour and fun, that toys expertly with pacing and viewer expectations.

I always struggle to decide which of Satoshi Kon's films is my favourite, but in the way it weaves an unexpectedly subtle story into an imaginative and vibrant animation, I'd say this is the one to demonstrate his true potential as a filmmaker. A potential which is now, of course, sadly and abruptly fulfilled.
Posted by Pacian at 7:19 pm 1 comment:

I Saw a Thing 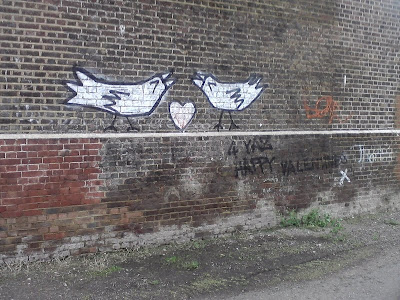 Presumably it's been there since February.
Posted by Pacian at 9:35 pm 3 comments:

She Stole My Heart(s)

Jacques Mesrine returns from the violence of the Algerian war to a life of burglary. Finding his way from there into organised crime, he eventually becomes a transatlantic icon, after a spree of armed robberies with his then girlfriend across France and Quebec. When he's finally incarcerated and tortured in a notorious Canadian prison - and resolves to both break out and come back and break out the other prisoners, something tells you he's not going to be proven wrong - even if the latter exercise merely results in a lot of people getting shot. And, of course, it's all based on a true story.

Mesrine Part 1: Killer Instinct, climaxes with Jacques, if not fulfilling his word to bust open a prison, at least committing enough audacious crimes (for example, robbing two banks on opposite sides of the same street one after the other) to have become something of a legend. Mesrine Part 2: Public Enemy Number 1 picks up the story with our anti-hero going from strength to criminal strength - escaping from a courtroom with the judge at gunpoint, robbing banks and casinos, escaping prison yet again, abducting a millionaire and rowing leisurely away from a huge police and military search party.

Where things get really interesting is how Mesrine becomes obsessed with his public perception, to the extent that when one journalist publicly attacks his self-proclaimed Robin Hood status, Mesrine lures him to a fake interview and then tortures and attempts to murder him. The sense of the criminal as a member of wider society - in particular of the famous criminal and their relation to the media - is palpable. But where director Jean-François Richet really succeeds is in depicting both Mesrine's crimes and his charm with unflinching honesty. We're left with no doubt that this is a man who did terrible things, but we also all too readily understand the allure that made him such an infamous figure.

And, finally, you can't discuss the film without mentioning Vincent Cassel's incredible lead performance - a single role which has launched him from being best known as the guy who used to be friends with Mathieu Kassovitz, to a name being tentatively compared to Pacino and De Niro. Time will only tell whether this is his peak or his best opportunity, but I sincerely hope that he's now given more roles that will let him fulfil his potential.
Posted by Pacian at 10:06 pm No comments:

It's not the end of the world. 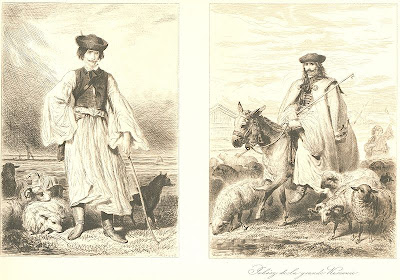 Image source
The shepherds of Greater Kumania.
Posted by Pacian at 8:28 pm 3 comments: