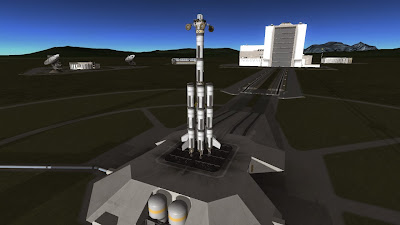 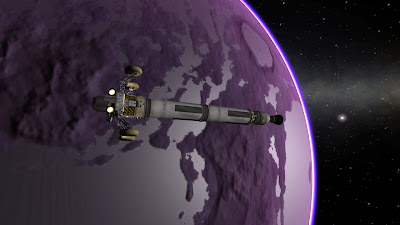 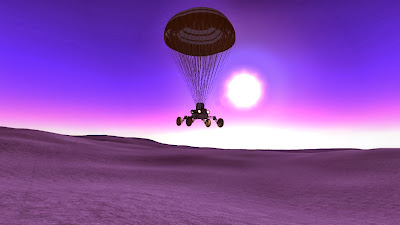 With poor Hudbles still stuck on Duna, I decided to experiment with unmanned unkerballed spacecraft. This is the Auto Kitten 1, which can safely land a remote controlled rover on another world (as long as it has a thick enough atmosphere to slow a parachute).

Duna was the obvious target, but it seems to be in a tricky part of its orbit relative to Kerbin (I swear I will learn about transfer orbits properly one day), so I picked Venus-a-like Eve instead.
Posted by Pacian at 7:57 pm No comments:

It’s a Party on Minmus 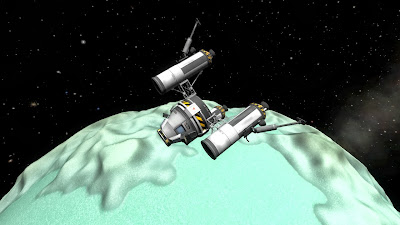 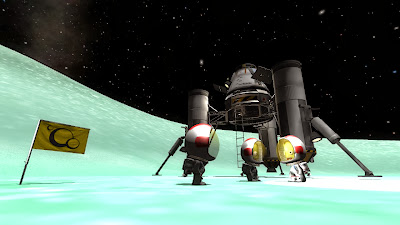 And thanks to the Triple Cat 2, more than one kerbonaut was invited.
Posted by Pacian at 4:08 pm 1 comment: 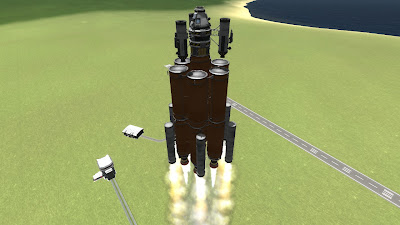 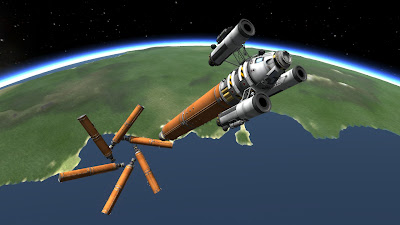 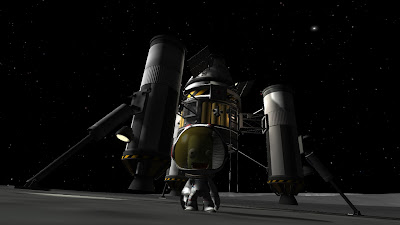 The Triple Cat 2 was the first successful rocket I made using the larger size components.

There was no such spacecraft as the Triple Cat 1, and if there had been, any Kerbals to have flown on her would be very much alive.
Posted by Pacian at 7:06 pm No comments: 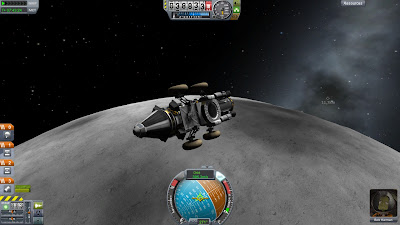 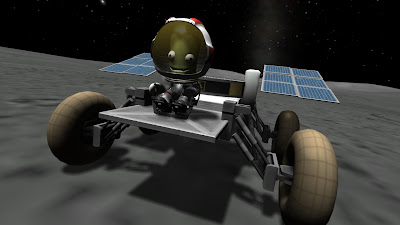 It still makes the Space Cheetah 2 handle like rubbish, but having moved the wheels further forward on the rover, Bob Kerman was able to successfully land it on the Mun and go for a ride. Truth be told, I should probably have moved the wheels as far forward as possible, but as long as I don’t go too fast, it's a pretty smooth ride.
Posted by Pacian at 7:24 pm No comments: