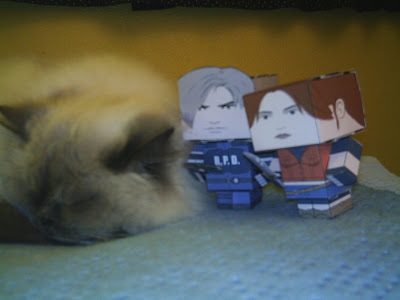 I guess my cat's used to this sort of thing by now. He just sniffed Leon in a disinterested fashion and then went right back to sleep.

Paper thingies from here.
Posted by Pacian at 8:59 pm 3 comments: 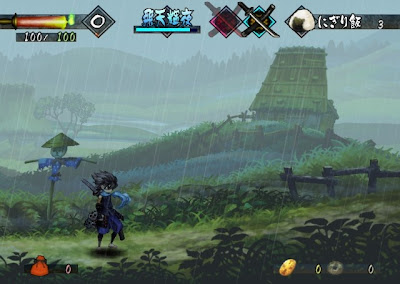 So today saw the UK release of two Wii games I've been looking forward to for ages, and I was front of the queue. (Not that there actually was a queue for either of these, but you know what I mean.)

You may know that I've been anticipating Resident Evil: The Darkside Chronicles since it was first announced - with perhaps a little trepidation for how this rail shooter adapts the storyline of my beloved Resident Evil 2. Having played the first few chapters, my impressions are very positive. Okay, they've changed a lot of it around, but its heart is in the right place, and the characters are faithfully portrayed (well, so far - we'll see about Ada when I reach that bit).

The other game I've picked up is Muramasa: The Demon Blade. It's not normally the kind of thing I'd go for - a relatively shallow action platformer. But it has an easy mode, at least, and besides: this thing's fucking gorgeous.

One obvious example of how video game criticism and marketing are way too close for comfort is the way that praise for their visuals is often limited to the technological aspects, where the gold standard is high definition, 3D, photorealistic graphics with simulated light effects galore. The more real the better, artistry be damned (never mind that such a focus on high-technology visuals is the chief reason modern mainstream games are having such a tough time turning a profit). But Muramasa's got none of that. Just crisp, hand-drawn 2D artwork, fluidly animated, carefully composed. Like I said, gorgeous: 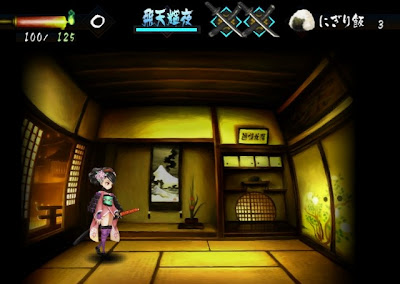 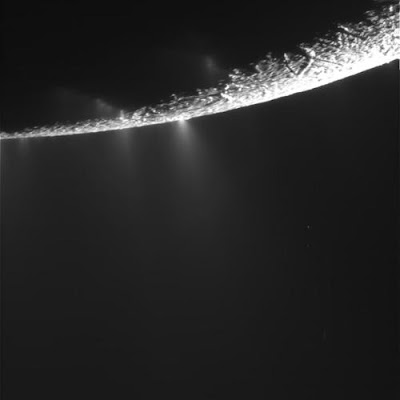 Image credit: NASA/JPL/Space Science Institute
Image source with more information
So it seems that on my birthday Cassini dove close to Enceladus for its eight flyby. The eighth, huh? Well, there won't be much different or exciting to look at, for this one, surely? Just more scientific data that may eventually contribute towards unravelling the mysteries of this very interesting world.

Or so you might have thought! Instead, we find that the Cassini imaging team have snapped some gorgeous close-up (well, within a few thousand kilometres) shots of the moon's geysers in action. This is also our last peak at the south pole of Enceladus before it enters winter and several years of darkness.

You can find some more images and some amateur-assembled mosaics at the Planetary Society blog here.
Posted by Pacian at 7:50 pm 1 comment: 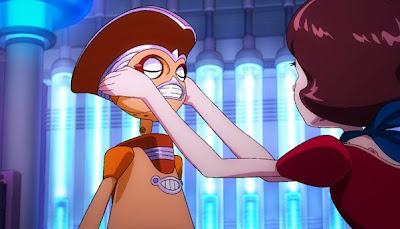 Satoshi Kon has directed some of my favourite films of the past decade, so it's nice to finally see some images surfacing at the official site for his latest project. It's also nice to hear that this one's going to be kid-friendly. Normally I'm all for arguing that animation should be able to tell grown up stories, but so far Kon has done nothing but stories for adults, including a fair few things that are pretty unsettling and disturbing.

Roll on cute robots, I say.

"Anything can happen in the next half hour!"

I double dare you to watch this and not come out the other end wanting to blow up robot fish.
Posted by Pacian at 8:20 pm No comments: 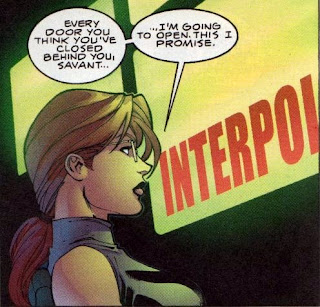 Barbara Gordon, the daughter of police commissioner James Gordon, used to fight crime as Batgirl until she was shot through the spine by the Joker. Having refashioned herself as Oracle, the information broker for superheroes, Babs is looking to take a more direct role in crime fighting. To that end she's teamed up with Black Canary - she of the sonic cry and fishnets.

But while they're working on a seemingly innocuous case, Black Canary is suddenly abducted by the brilliant and unhinged Savant - who's holding her to ransom for the one piece of information Oracle can never share. After considering her options, Oracle decides she has no choice but to enlist the help of Huntress - a violent vigilante she normally takes great pains to avoid.

Bird of Prey is pretty much the superhero comic that I like. At first I was a little underwhelmed by Simone's writing for the series, which is pretty universally praised, but having read a few more superhero comics since, I can safely say that if she seems to understand cause, effect and motivation, and to write dialogue that you can imagine real human beings possibly saying, then that places her head and shoulders above a lot of the competition.

During her stint on Birds of Prey, Simone was not only writing two of my favourite superheroes (Oracle and Huntress in case you've not been paying attention), but she also brought us Savant and his sidekick Creote, a very ambiguous pair of characters (in more ways than one) whose deadpan exchanges frequently make me laugh out loud.

I've been gathering the collected editions of Simone's run on Birds of Prey for a while now (the series actually ended some time ago), and since I've finally given up on Amazon helping me to fill in the ones I'm missing, I'm going to start reading through them all. Although I do tend to resent the way that ninety percent of western comics are superhero fare, I don't have any special antipathy towards costumed vigilantes in general, and in this case Simone's great characterisations and Ed Benes' bold artwork have quite thoroughly won me over.
Posted by Pacian at 8:36 pm 1 comment:

You can do it, Spirit! 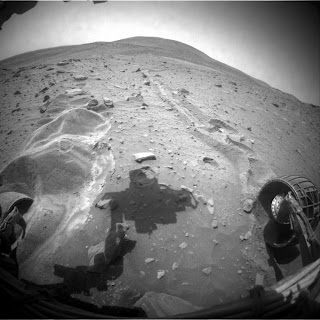 The preliminary results from the first extrication drive for Spirit on Sol 2088 (Nov. 17, 2009) indicate the rover stopped less than 1 second after it began, sensing more vehicle lateral tilt than permitted.

A tight limit on vehicle roll and pitch of less than 1 degree change was set for this first drive. As the rover began its first move, it sensed that its roll was outside the allowed limit and safely stopped the drive.

The attempt to extract Spirit from the Martian sand trap is expected to take weeks or months, with uncertain probability of success.

I think this is one of those Peter Pan moments where we all need to start clapping if we believe that robots on Mars can pull themselves out of slippery sand.
Posted by Pacian at 8:31 pm 3 comments: 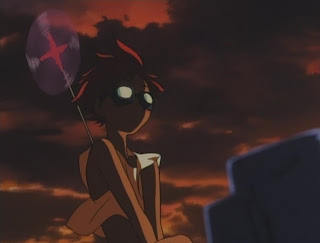 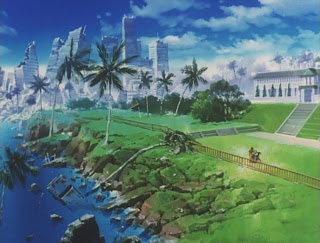 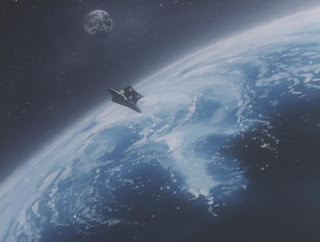 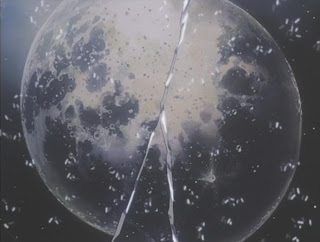 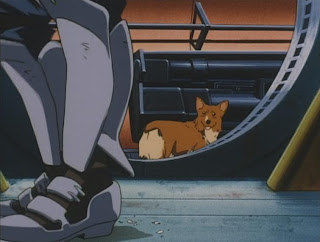 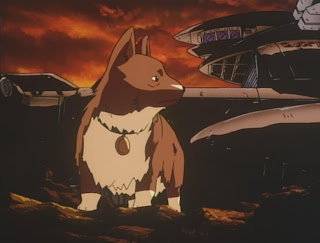 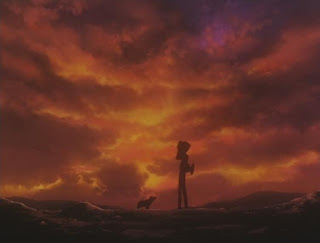 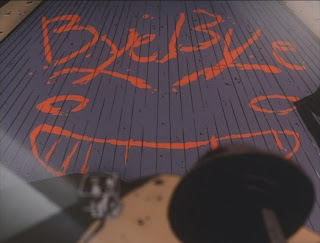 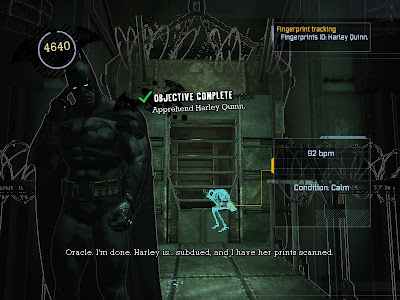 1. Paul Dini
Co-creator and writer for Batman: The Animated Series, one of my favourite incarnations of Batman. Good plotting may not be his strong suit, but coming up with strong situations for the caped crusader most certainly is. He's also got a great knack for writing Harley Quinn's dialogue just so.

2. Mark Hamill, Arlene Sorkin, Kevin Conroy
Three voice actors reprising their roles from Batman: The Animated Series. Mark Hamill - yes, Mark "Luke Skywalker" Hamill - is my second favourite Joker after Heath Ledger. Kevin Conroy could teach Christian Bale a thing or two about how to do a deep 'Batman voice' without sounding like Patty and Selma. And Arlene Sorkin has the perfectly murderous and gratingly cute accent for Harley Quinn.

3. Oracle
We've already established that Oracle is my favourite superhero, so I am of course super, super pleased that she's in this game. Although she may be relegated, as is often her lot, to a voice in Batman's ear, Kimberly Brooks' voice acting exactly fits my expectations of what Oracle should sound like.
Posted by Pacian at 9:10 pm 2 comments:

Need to throw myself down the rocky crags of testing and feedback.

Not looking forward to it.
Posted by Pacian at 10:33 pm 3 comments:

Now it just needs to get well done. (Or done well. Or something.)
Posted by Pacian at 9:59 pm 3 comments: 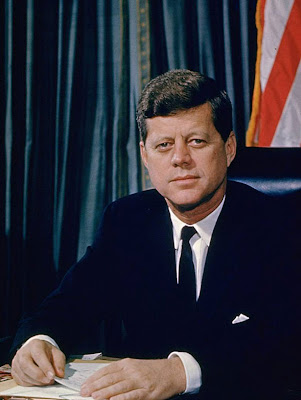 Posted by Pacian at 8:33 pm No comments: 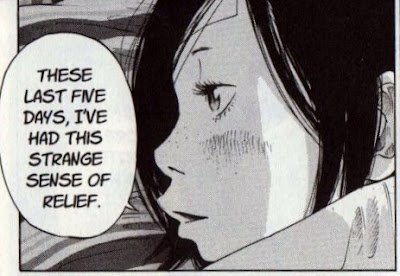 Solanin is the story of a group of disaffected twenty-somethings muddling through life and practising for a band that never goes anywhere. Although they're always messing around, there's also an ever-present tension between their childhood dreams and the drudgery of adult life - something that's brought into stark relief when tragedy strikes.

This is hardly untrodden territory, but Asano has a keen eye for realism in his scripting and artwork, and his characters are both flawed and likeable. Above all what Asano gave this book that I loved was a real sense of place and ambience. I feel like I know what it would be like to hang out with these characters - although I suppose a big part of it might well be that I'm a twenty-something myself, also struggling to figure out how to mix the things you want to do and the things you need to...
Posted by Pacian at 10:11 pm 4 comments: 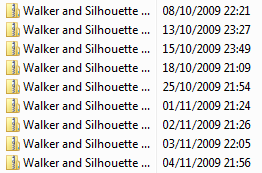 I have been busy this week.
Posted by Pacian at 10:02 pm No comments:

Monday Movie: Dawn of the Dead 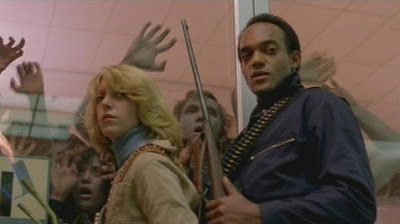 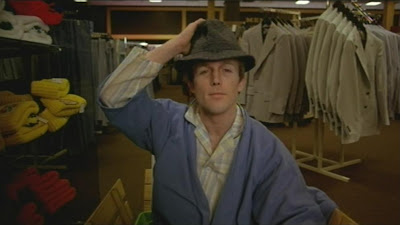 The bodies of the recently dead are returning to life to eat the living, and civilisation is collapsing. Two TV reporters and two SWAT troopers steal a helicopter and take off, hoping to reach safety in the north. As the situation below them grows ever more dangerous, and their fuel supplies ever lower, they land on the roof of a mall with its own civil defence shelter. Except... a life in a safe room eating tins of spam isn't nearly as appealing as securing the entire mall and all the luxuries it affords...

George A. Romero's low budget, apocalyptic, anti-capitalist Dawn of the Dead has often been imitated, but never bettered. A lonely, undead atmosphere permeates every scene, and, on the flipside of that, there's also a strong vein of tongue-in-cheek humour and a dedication to satisfyingly over-the-top scenes of gory action. Romero also presents a far more interesting take on his brand of cannibalistic zombies than any of the other people who've followed in his footsteps. These are zombies with a haunting humanity to them - pathetic shades of their former selves that are drawn to shop without any real understanding of why.
Posted by Pacian at 7:48 pm 3 comments: