Besson Directing Something without 'Arthur' in the Title 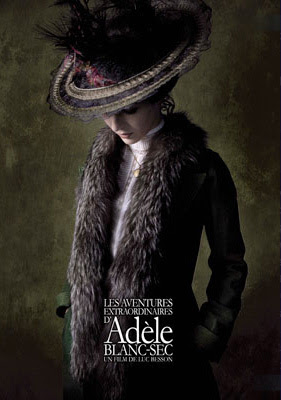 Luc Besson, one of the most visually striking directors you'll find, has apparently begun work on Les Aventures Extrodinaire d'Adele Blanc-Sec - which, to generalise wildly and baselessly, looks like it could be something of a steampunk Fifth Element.

Twitch have the good news.
Posted by Pacian at 7:10 pm 2 comments: 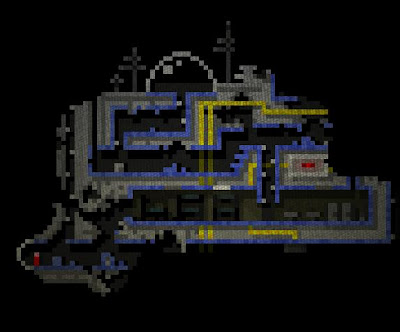 Small Worlds does the kind of thing that seems like such an amazingly good, naturalistic idea, you're surprised you've never seen it before. It's an exploration platformer - but as you visit new areas, the old areas are always still visible. In other words, the map zooms out steadily as you venture further out into it. Supremely nifty.
Hat tip TIGS.
Posted by Pacian at 7:21 pm 1 comment: 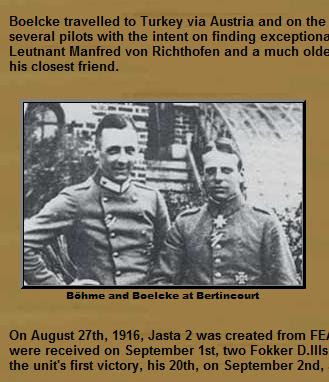 So Geocities are closing, and although it has become something of a byword for ugly sites with Under Construction banners, Internet historians have been keen to remind us that there's an awful lot of culture and reference in there as well.

The only reason I'm writing about this is because yesterday I randomly found myself at a pretty good Geocities site about Oswald Boelcke (one of the first fighter pilots, the father of air combat tactics, the first ace, beloved mentor of Manfred von Richtofen...)

I haven't been to a Geocities site in years, and then the day before they all start going up in smoke, there I am, staring at that spammy sidebar and thinking, "Hey, this is a good site."
Posted by Pacian at 7:05 pm 2 comments: 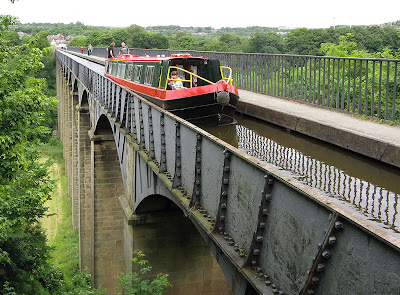 Image source
The Pontcysyllte Aqueduct, in Wales.
Posted by Pacian at 7:00 pm 4 comments: 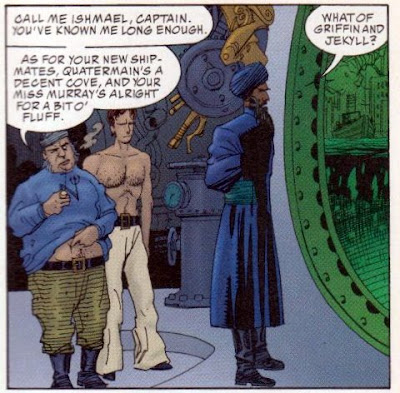 In many ways, I wonder if the impact of this comic is really lost on someone reading it for the first time now. Maybe when it was first released, the idea of Professor Moriarty bombarding the East End from the air may have seemed really novel. But now we've seen plenty of works using just this kind of over-the-top cocktail, and we need them to be underpinned with something stronger - first rate storytelling, for example, or just a bold sense of fun.

I don't want it to seem as if I disliked this book. I didn't. It's got a great modern take on classic figures of literature and nicely styled artwork. But I think what surprised me is that this story is more about cramming in references to existing works 'with a twist' than about forging a path of its own.
Posted by Pacian at 10:49 pm No comments: 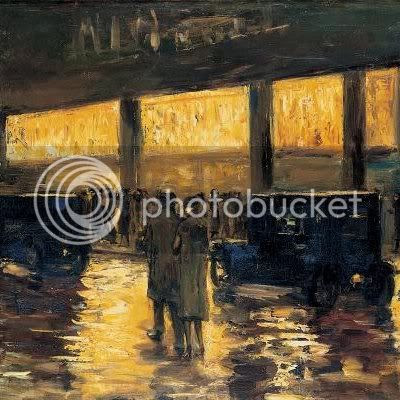 My next game is nominally complete. Don't get too excited: there's still a lot of work I want to do before I release it - ranging from embellishments to bug fixes, possibly making significant changes to one whole section - and ultimately beta testing the thing. 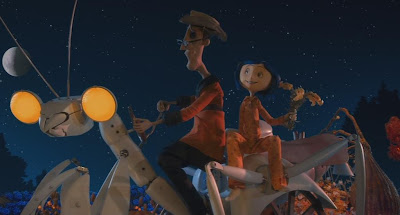 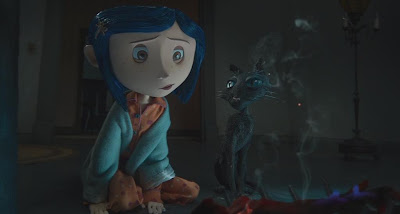 Separated from her friends, ignored by her parents and wary of her bizarre neighbours, Coraline Jones stumbles into an alternate reality where everything revolves around her - and the people all have buttons for eyes. Compared to her drab and boring everyday life, this vibrant and colourful microcosm is extremely seductive - but it's also got to have a catch...

Henry Selick's been mentioned a few times in my Monday Movie posts. You can always trust him to animate vibrant and imaginative characters. Until Coraline came along, he was unfortunately probably best known as the guy few people realised had directed Tim Burton's The Nightmare Before Christmas. But with this film, Selick brought us one of the darkest, richest, scariest and above all delightful animated films to come out of the US in a good few years.
Posted by Pacian at 7:23 pm 5 comments: 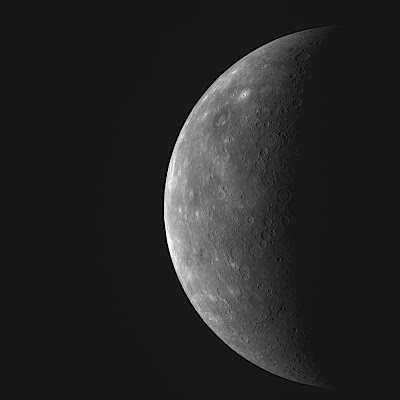 Image Credit: NASA/Johns Hopkins University Applied Physics Laboratory
/Carnegie Institution of Washington
During its third and final flyby of Mercury before it enters orbit in 2011, the MESSENGER probe acquired this rather elegant image of the nearest planet to the sun - including a slither of its surface that has never before been mapped.
Posted by Pacian at 8:08 pm No comments:

Phew. I didn't get much sleep last night, and today was kind of busy without anything much really happening.

My project which has been inching along steadily for a while now has reached the point where I feel like I can see the finish line. There's still a lot of work to do, but at least it's downhill from here.

Again I notice that although it feels great to have created something, the actual act of creation is pretty arduous. (Although I suppose you can reverse that when it comes to having children.)

Moving on to the beginning... 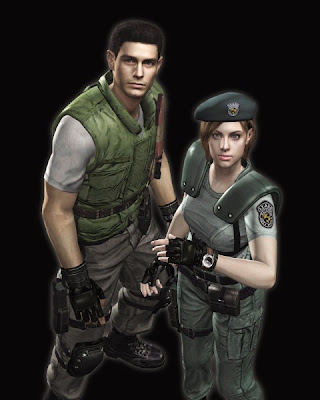 So I bought the Resident Evil Remake as soon as it was re-released on the Wii (as 'Resident Evil Archives'), played Jill's game, liked it enough that I played it through a second time, and then moved on to Chris' game. That I only actually finished this weekend. Having managed to become quite skilled at traversing the mansion as Jill, it was a bit of a shock to play as Chris and suddenly lose two of my inventory slots, and find that all my favourite short cut doors now required a 'small key' in place of Jill's trademark lock pick. Coupled with the fact that I just found Chris to be a less interesting character than Jill (a straightforward action hero compared to Jill's more subtle and cunning heroine), I didn't get that far into his story before I stopped playing.

But Chris is also the lead character in Resident Evil 5, where he's found both a more interesting outfit and a much stronger personality, so I kind of felt honour-bound to try and finish his origin story before completing RE5. Obviously, I failed, but I got there in the end. :-P

So I've now finally completed (special masochistic game modes aside) the original Resident Evil game (or at least, its prettier update). One thing that struck me throughout is just how much unlike its sequels it is. I don't just mean that this game really does force you to carefully conserve ammunition (there were times when I was dodging past zombies with only a couple of bullets in my gun), but there's also a lot less story in here. Most of the game really is just exploring this creepy mansion, unlocking doors and solving puzzles. When you encounter other characters, it's never really to advance the plot so much as to foster a sense of life (or un-life) in the mansion.

And as a game that's primarily about drawing you into this carefully realised environment, Resident Evil succeeds brilliantly. This remake was (appropriately) one of the last Resident Evil games to use the infamous static camera style, before RE4 introduced the influential over-the-shoulder perspective, and I think it demonstrates how well developer Capcom had honed the formula. The camera angles and controls do (unfairly, but deal with it) create a sense of fear about what may be just out of view, and playing into this is a sublime use of light, shadows and careful framing to create striking visuals - whether it's lightning throwing the shadow of a previously unseen zombie across the room, or the feet of a hanged corpse swaying steadily in the corner of your view.

I'm often saying that the things I care about most in games are the characters and the locations, and in both these respects I think you can say the Resident Evil remake is visually striking, over-the-top and memorable.
Posted by Pacian at 9:51 pm 4 comments:

We All Love Charlie Brooker

To say that Charlie Brooker's Gameswipe is a truly important piece of games journalism is most obviously a statement about how much of professional games journalism is utter toss - but that shouldn't imply that the single fifty minute episode of genuine video games content that the BBC saw fit to give Brooker is any less than the fantastic piece of uncompromising, acerbic and hilarious commentary you'd expect.

Brooker tries to cram a lot into the time he's been given, attempting a brief history of video games, an explanation of the different genres, and - crucially - actual discussion of human beings playing games. He also returns frequently to the question of why such a popular medium gets so little exposure and discussion in the wider media outside of dismissal and scaremongering.

If you're in the UK you can watch the show on the BBC iPlayer here. The rest of you will have to settle for the glitchy YouTube videos, starting with part one above.
Posted by Pacian at 7:03 pm 1 comment: