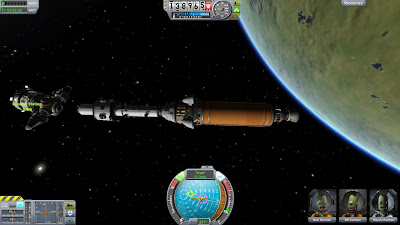 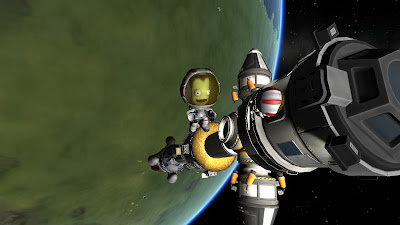 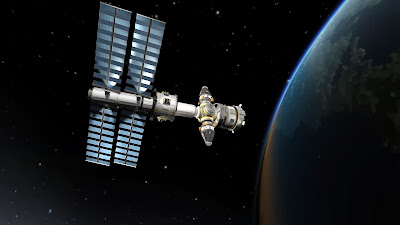 Docking two spacecraft is notoriously hard, in real life as well as in Kerbal Space Program. Making use of this nifty guide I was able to get close, and after quick saving/loading through a few bad misses, managed to dock the final part of Clowder Station.

I also took the opportunity to swap out Jebediah for Rayvis Kerman. Jeb's a little too precious to risk losing in a random space junk strike.

And then the launch vehicle carefully deorbited, taking its main fuel tank with it, leaving Rayvis in charge of a slightly skew-whiff space station.
Posted by Pacian at 11:08 am 2 comments: 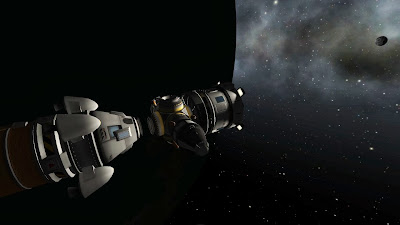 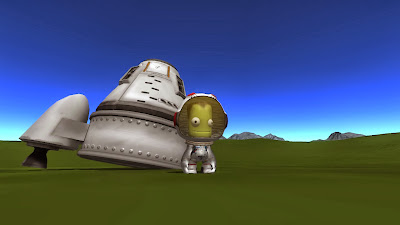 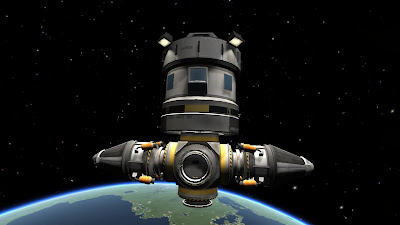 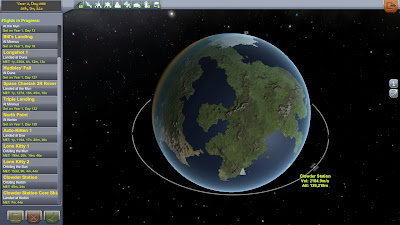 The final touch was switching the vessel type to "station" so it shows up with a nice icon in the tracking station. Next step: docking the other half of the thing. A.k.a the hard part.
Posted by Pacian at 9:53 am No comments: 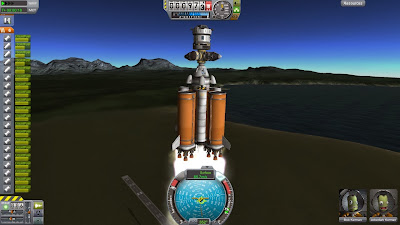 As the next step in conquering space, I decided to put a space station in Kerbin orbit. Of course, just sticking something in orbit is trivial, so I would be trying to dock two different space station parts together - docking being one of the hardest things to do in Kerbal Space Program, or indeed actual space. 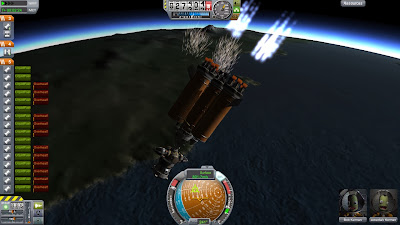 Did I say putting things in orbit was the easy bit? The launcher I threw together seems to have a strange flaw where if it's throttled up towards the end of one of its stages, it suddenly spins out of control and explodes (the crew module is mercifully left intact and able to parachute back down to Kerbin). 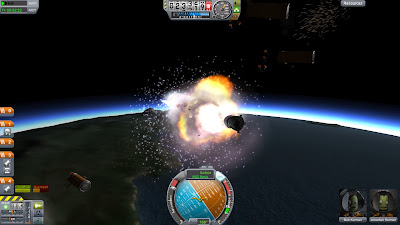 Spoiler: I will actually complete the space station before realising that the issue is with some incorrectly connected fuel lines causing some of the engines to run out of fuel before others, throwing the rocket fatally off-balance.
Posted by Pacian at 9:43 am 2 comments: