Played it: Dead Rising 2: Off the Record 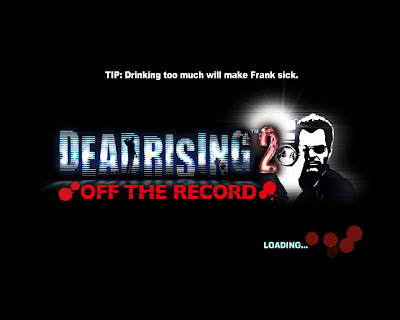 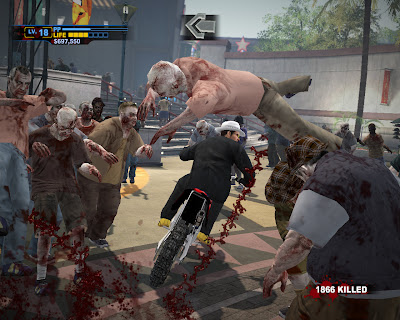 When you’re being bombarded with marketing for humourless, over serious, AAA-budget western games, it always feels like a breath of fresh air to play something that’s not ashamed that it’s a video game: something that presents a world with consistent rules and does its best to make you laugh.

Like previous instalments, Dead Rising 2: Off the Record locks you in a semi-open environment with thousands upon thousands of slow moving zombies, and lets you lose to find makeshift weapons, play mini-games, rescue survivors and defeat “psychopath” bosses.

I found the level of challenge, at least in this version, to be tough but fair. It may punish you, but only to try and make you a better player. It may require a bit of dedication, but I didn’t feel that it showed the same contempt for my time that some games do. It allows you to run wild and have fun, but rewards meticulous planning and timekeeping.

It also brings us more Frank West. Okay, he’s yet another white male lead, but in a sea of angry bad-asses out for revenge, it’s easy to like this good-humoured fuck-up with a paunch - a man with groan-worthy one-liners who frequently ends up the butt of the joke himself. 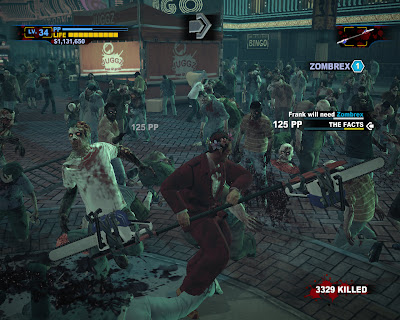 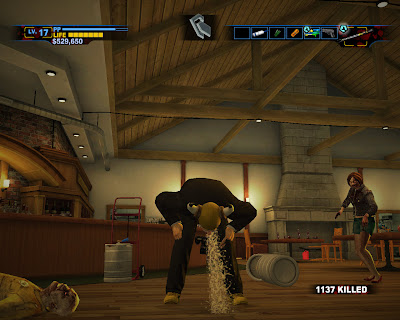